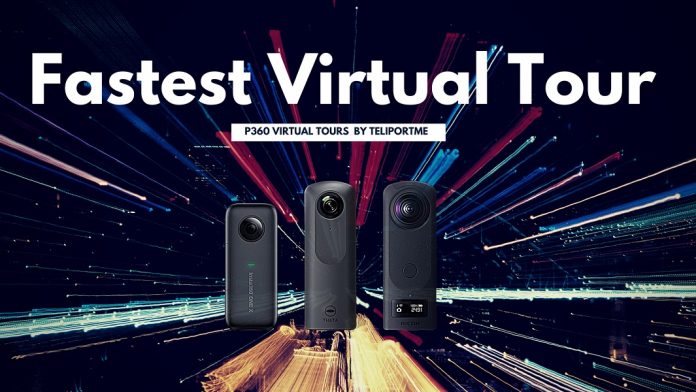 
If you want to share high resolution virtual tours, and you want the virtual tours to load quickly, then check out P360, a virtual tour software that supports 360 photos of up to 512 megapixels (32K resolution).  Tests also show that it has the fastest loading times.

To test the image quality and resolution of P360, I uploaded a photo from XPhase, the highest resolution 360 camera on the market, to P360.  Then I compared the photo on P360 to the one on my hard drive.  Here they are, side by side.

You can see that the image quality is pretty close.  I’ve done similar tests with other websites, and P360 has among the highest fidelity.  This is why I’ve begun using P360 for the 360 camera comparison tool.

Please note that P360 limits uploads to 100mb per image.  Also, after you upload a high resolution photo, it may take a few hours to show the full resolution.

The developers at P360 didn’t want to make just an empty claim about speed.  They wanted to prove that what they’re saying is true.  The following speed test results were provided by P360.  These are not my tests.  Please feel free to conduct your own tests if you want to confirm the results.

Here are comparisons of the time it takes to upload a photo.  The chart shows photos at two sizes: 3.7MB and 20MB.  This chart shows that for photos of 3.7MB, P360 has the fastest upload time (shorter is better).  For 20MB photos, Kuula was the fastest, while P360 was second-fastest.  According to P360 developers, “Kuula pre-processes the content before uploading it to their server, where the file resolution is reduced.  These measurements doesn’t include the time involved in resizing that content.”

The results are based on five trials for each website.

Next, here are comparisons of the amount of time it takes to show a photo from the time the user enters the URL. This chart shows that P360 has the fastest loading times. 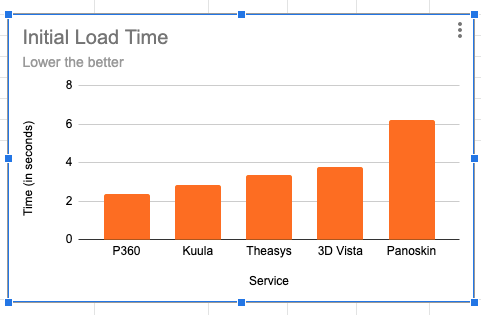 Here are the data:

Finally, P360 developers compared the amount of time it takes to load a photo after clicking a hotspot. 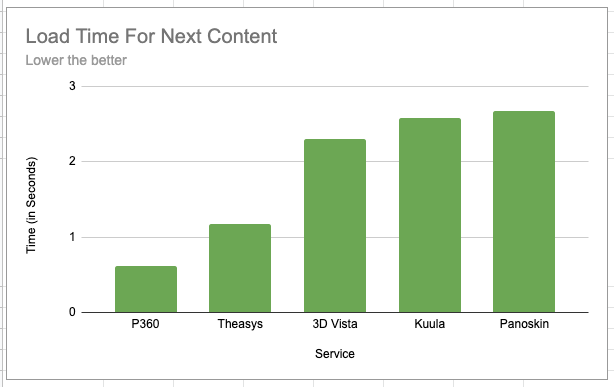 Here is a link to their study.

P360 has among the highest image quality and fidelity.  At the same time, tests appear to show that it has the fastest upload time (for photos that don’t need compression), fastest virtual tour loading time, and fastest hotspot loading time.   You can try uploading your virtual tour to P360 here.