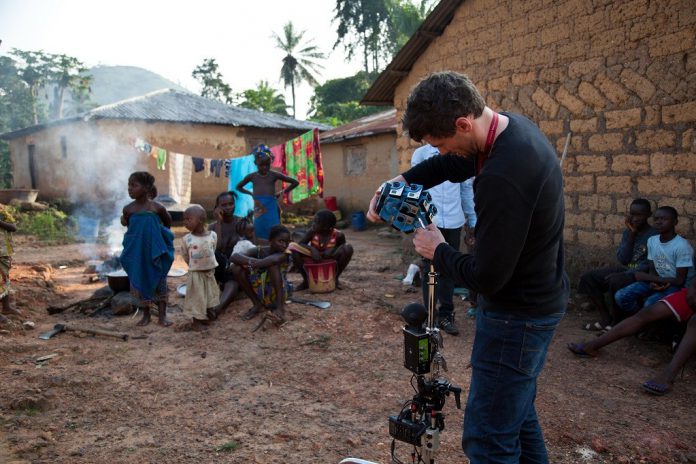 Secret Location, the award-winning virtual reality (VR) studio behind Orchestra VR, Insidious Chapter 3: Into the Further and many others, has announced that it has been awarded with an inaugural Peabody-Facebook Futures of Media Award. The award was given to documentary Facebook-360 project Ebola Outbreak: A 360 Virtual Journey, which was a collaboration with the PBS investigative series FRONTLINE and Columbia University’s Tow Center for Digital Journalism.

The first takes you to Meliandou Village, Guinea, at the hollow tree once home to hundreds of bats where villagers believe the outbreak may have begun. The film then progresses to Sierra Leone as the outbreak spreads and a beloved healer’s funeral sets off a chain reaction of infections. Finally, viewers visit an emergency Ebola field hospital as the outbreak spirals out of control.

“We are extremely honoured to receive this award and I could not be more proud of our team and our incredible partners,” said James Milward, President and Executive Producer, Secret Location. “This project was one of pure passion and it enabled us to transport viewers, connect with them emotionally and empathize with those affected by the outbreak.”

“Making this virtual reality documentary about the worst Ebola outbreak on record with FRONTLINE filmmaker Dan Edge and our partners at Secret Location and Columbia’s Tow Center was an intense and rewarding journalism experience,” says Raney Aronson-Rath, Executive Producer of FRONTLINE, which also won a second Peabody-Facebook award for the multimedia documentary Inheritance. “To be honored for our work to tell important stories like this in new, immersive forms is exciting. As FRONTLINE does more and more storytelling in the VR journalism space, I’m grateful for this recognition, and to our audience, our funders at PBS and CPB, and WGBH.”

The Peabody Awards are recognized as one of the most esteemed accolades for excellence in electronic communication, with the new Peabody-Facebook Futures of Media Award given to the Top 5 Stories in Digital Spaces.

VRFocus will continue to bring you the latest coverage of awards given to VR projects.