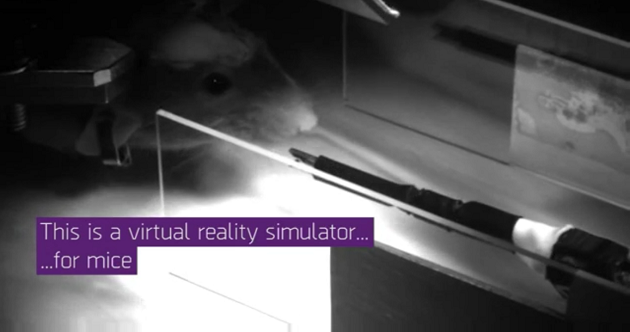 While there are many virtual reality (VR) fans out there eager for the launch of the first consumer versions of Oculus VR,HTC and Sony Computer Entertainments (SCE) head-mounted displays (HMD), mice are getting their own version. Researchers at HHMI Janelia Research Campus in Virginia, US have created a VR system for the little rodents to help better understand our own brains.

The researchers have developed a system uses a pair of movable walls to “tickle” the whiskers on each side of a mouse’s face, reports the BBC. By moving the walls in the shape of a virtual tunnel the mice can be tricked into thinking they are inside the real thing.

Nicholas Sofroniew one of the researchers on the project explains: “By being able to relate neural activity to behaviour we can understand how mamalian brains in general respond to things like injury. For example how is it that they learn to find routes and paths, how they form memories, a better understanding of the basics of memory formation I think is critical for trying to understand any of the diseases that affect humans where memories start to be lost, such as Alzheimer’s.”

The research team say that by using this VR system they: “can get more data and higher quality data from each animal and thereby reduce the number of animals we need to use in experiments.”

VRFocus will continue to follow all the latest news related to VR, reporting back the newest developments.