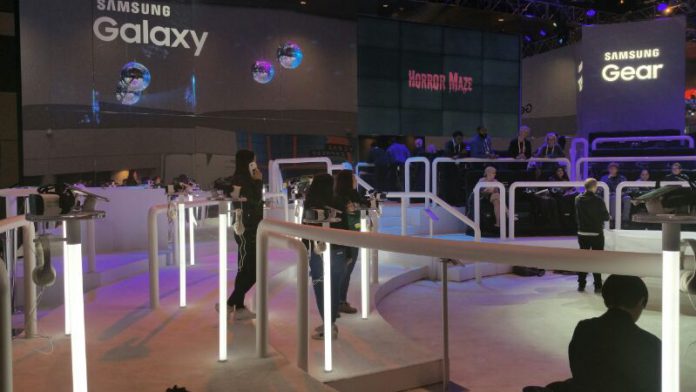 As always, electronics giant Samsung has a massive presence at the Consumer Electronics Show (CES) in Las Vegas, Nevada this year. The show presents the rare opportunity for the company to focus on its entire product line rather than one specific area such as phones as it will do at later events. Its recently-launched Gear VR mobile-based virtual reality (VR) head-mounted display (HMD) is present at the show, then, but isn’t necessarily a focus, having only been talked about for a few minutes at its CES 2016 press conference last night.

Below, then, are two images of Gear VR’s small space within the Gear section of Samsung’s booth at this year’s show. Consumer versions of the kit – which first became available in November 2015 – are on display, though it’s not yet clear exactly which experiences are being showcased on the device just yet. Gear VR can of course be found at other booths around the event, including SyFy’s area in which is showing The Expanse VR running on the hardware following this week’s announcement.

VRFocus is at CES this week to deliver all of the latest updates on VR tech. 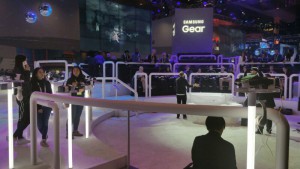