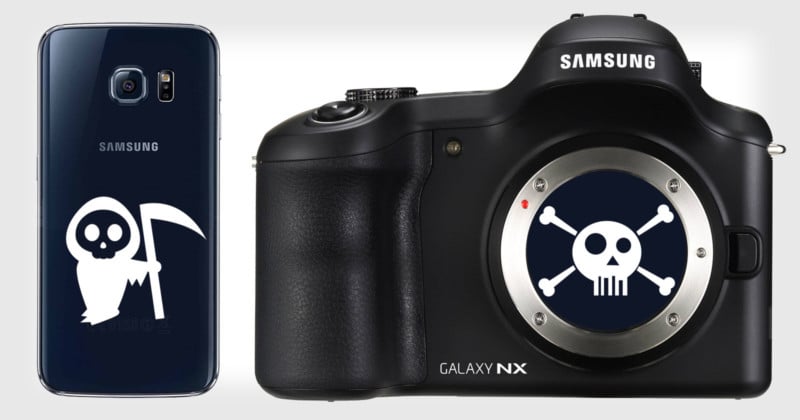 Since late 2015, rumors and reports have claimed that Samsung was killing off its digital camera business, and the company subsequently pulled out of camera markets around the world while announcing zero new products. Now a new report is confirming that Samsung has indeed ditched the business, and largely due to the rise of smartphone cameras.

The South Korean business news website The Investor reports that Samsung has bowed out of traditional standalone digital cameras and is looking for ways to return to digital imaging through different types of products.

“We no longer produce and sell digital cameras,” an anonymous Samsung official tells The Investor. “But we will create a new camera product category to continue the business.”

“New camera product” categories may include things like special 360-degree cameras, smartphone modules, and more. Samsung says it was forced to kill off its camera lines due to recent struggles by the whole industry.

“Samsung lost its competitiveness in the entry segment with the robust growth of smartphone cameras,” a source tells The Investor. “Even when Japanese big names such as Canon and Nikon who have more than 100 years of history are struggling in the premium market, Samsung seems to have no option but to leave the market.”

Samsung may be done with standalone cameras, but it’s still one of the heavyweights of the smartphone industry, so it’ll likely still be a significant player when it comes to digital photography in general for years to come… as long as its phones don’t keep exploding.