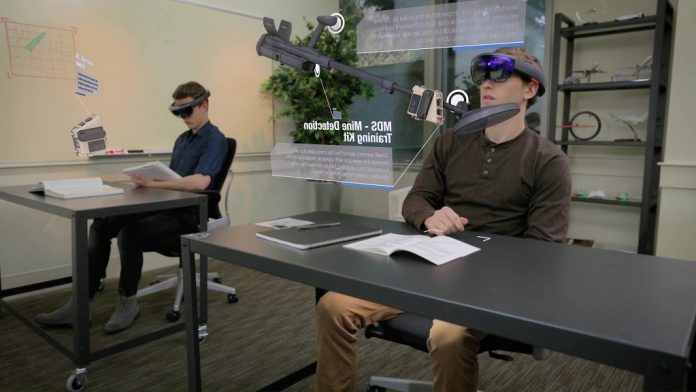 Microsoft’s mixed reality (MR) head-mounted display (HMD) HoloLens is now available to developers – in the US and Canada currently – and naturally wants as many as possible to start building the platform. It why the company has now announced a partnership with the Australian arm of global company SAAB to produce a range of educational and training applications for the device.

SAAB Australia specialises in defence, security and traffic management solutions and its Head of Training and Simulation Inger Lewes has earmarked three potential markets. These being the enterprise market – mainly big business – internal applications for SAAB itself and the company’s normal defence and security business, reports The Lead South Australia.

“A year or so ago we came across Microsoft’s work with holograms and specifically HoloLens and pretty quickly saw that this was a piece of technology that had the potential to revolutionise the way that training can be delivered but also a whole range of other things we are broadly involved in,” Lawes said.

Lawes sees a range of possible training apps being made for students as well as defence employees, but the first focus would be on internal training programs for the company.

“We want to stay within our business of defence and security but we also want to explore applied markets such as using HoloLens to support sophisticated manufacturing.” He adds: “We’re in such a great position with this technology because we really are in uncharted waters. We really don’t know what’s going to happen – we know it’s going to be fantastic but what direction we go we’ll see.”

VRFocus will continue its coverage of HoloLens, reporting back with the latest developments for the device.