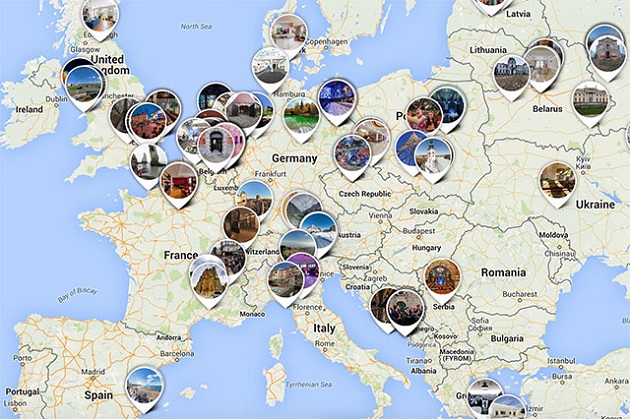 Roundme a service for creating, publishing, and viewing interactive panoramas, or, as the company calls them, Spaces, launched last year on iOS. Since then over 20,000 photography users and professionals have signed to Roundme and are using the service to publish stories taken from around the world. Now Roundme has announced the software is available on Android.

Roundme utilises 360 degree images to create advanced virtual tours of places across the globe. The platform is designed for professionals but anyone can sign up to use and add to the service. Roundme already has an extensive catalogue of spaces to explore from your smartphone through a feature called ‘portals’. Look around an area then using the portals users can explore the next area that interests them. Whilst exploring users can also view   interactive ‘hotspots’ of content which allow viewers to learn more about the space around them.

“Every Space tells a story, and with the help of Roundme you will be able to learn more about the world and share your discoveries with your family and friends in a new, breathtaking format,” said CEO Konstantin Andreev in a statement.

The Roundme experience can be used without a virtual reality (VR) head-mounted display (HMD), but for the best experience users will need to acquire a Google Cardboard, Merge VR or similar device to enjoy the 360 degree imagery. VRFocus will continue to follow the latest VR news regarding Roundme, reporting  back any further announcements.