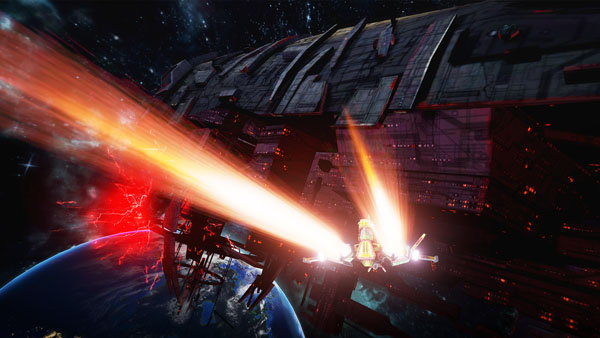 Techland’s trial run of virtual reality (VR) development with Dying Light may never have lead to the zombie survival videogame receiving official Oculus Rift support, but VRFocus was told on many occasions that the studio was committed to supporting the device at some point in the future. However, it’s subsidiary studio, ShortBreak Studios, that are first to release a consumer product in the form of The Collider 2.

Sequel to 2014’s The Collider, The Collider 2 is a science-fiction theme sprint runner videogame in which the player has to avoid obstacles and complete additional objectives while travelling along a straight path down a tube. It sounds pretty simple, and it is (hence The Collider 2’s budget price point) but in VR it becomes something altogether different.

The default 2D monitor edition of the videogame has the player using twitch controls on a control pad from a third-person perspective. It’s fast and intense and extremely satisfying when achieving all three medals in a challenge. Surprisingly, in VR the difficulty is edged-off somewhat, but the speed certainly is not.

Given the fact that the player is propelled directly down a liner path with no view of the horizon and no cockpit to ground them in – played in a first-person perspective in VR – The Collider 2 is a surprisingly comfortable experience. Head movement is used to determine positioning in the tube as obstacles are avoided, power-ups collecting and side additional objectives shot at or collected, with the left or right trigger used to control a boost of speed.

The boost mechanic is familiar, allowing a limited boost that requires cooldown for a full recharge. The random assignment of power-ups throughout the levels can occasionally counteract this, as instant recharges can make time-sensitive levels far easier. Retrying a level that you’re struggling on may well throw out one of these power-ups, though it’s far from an obvious or intended appeasement. 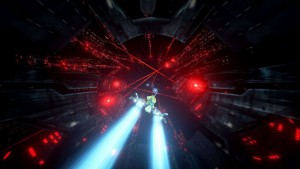 Also featured in the videogame is a wide assortment of upgrades and ships purchasable with in-game currency. The upgrades work in a similar fashion to a now traditional endless runner – improving the duration of a power-up, for example – as well as basic statistics. In-game currency is easy to earn and can quickly improve your statistics, so players investing in the long haul should frequently return to the upgrade menu.

Though The Collider 2 is enjoyable at first, it is a very limited experience. Ducking and diving to avoid walls and collect coins is a great way to wind down after a more intense VR experience, but The Collider 2 is never going to top anyone’s ‘must have’ list for either the HTC Vive or Oculus Rift. It’s a compliment to the software catalogue available for both head-mounted displays (HMDs), but not a standout title in either library.