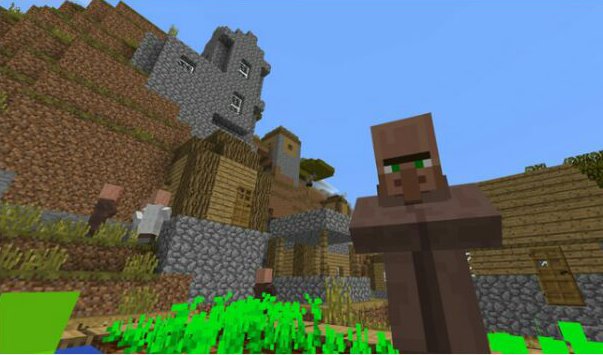 Mojang’s hugely popular Minecraft has made it to near every format capable of running modern videogame software, so its arrival on a virtual reality (VR) platform was perhaps inevitable. The debut of an official Minecraft VR videogame is championed by Samsung’s Gear VR in Minecraft: Gear VR Edition, with an Oculus Rift version also on the way, but what does VR bring to the infamous freeform virtual playground?

There are two VR viewpoints offered by Minecraft: Gear VR Edition: a ‘theatre’ mode and the ‘Immersive Mode’ in which the videogame plays as expected, with the world rendered in full stereoscopic 3D around the player. The latter can cause some issues for inexperienced VR gamers, so it’s recommended that players stick with the theatre mode when first venturing into the world of Minecraft: Gear VR Edition.

Theatre mode allows the player to sit in a virtual living room and have the action play out on a large screen ahead of them. It’s equidistance to having a very large television to play Minecraft upon, and while that may not sound like the ideal use of VR it allows the player to adjust. A staggering series of options are available for the player to toggle, slowly integrating more VR elements to their gameplay and finding their comfort level before jumping into Immersive Mode.

Immersive Mode is exactly what you expect it to be: Minecraft in VR. The full depth and breadth of the creative experience is available to the player with no greater limitations than that of Minecraft: Pocket Edition. You’re free to build, explore, fight and participate socially just as you are in a dozen different versions of Minecraft, and despite the blocky retro-styled visuals of the videogame it’s no less immersive than any of the many attempts to strive for photorealism in the new medium. Minecraft: Gear VR Edition is, quite simply, a fantastic new addition to the Minecraft stable. 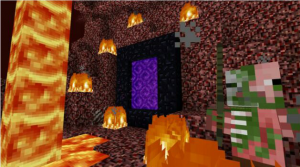 While many may have been expecting something new an exciting for Minecraft’s debut in VR, Minecraft: Gear VR Edition is exactly what it needed to be. It’s a wide and varied vision of the Minecraft formula that is well versed in the need to be comfortable. Minecraft isn’t the kind of videogame that can be enjoyed in five minute doses – it needs to be granted hours of the player’s enjoyment to be experienced to the fullest – and with that the player needs to be able to devote their time to long play sessions without fear of inducing simulation sickness. Minecraft: Gear VR Edition grants players this opportunity along with the promise that there’s far more Minecraft yet to come.