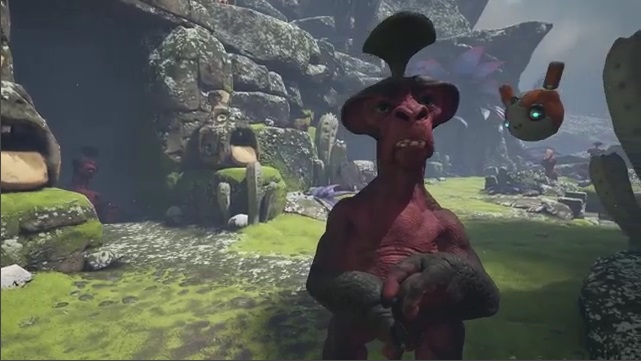 A surprise launch title from Oculus VR, Farlands comes from Oculus Studio as a free videogame experience inspired by some of the most popular casual titles on console platforms. The seeds of inspiration from Animal Crossing, Viva Piñata and Kinectimals can be seen here, though sadly Farlands fails to be as endearing an experience as any of these.

A first-person videogame, Farlands casts the player as a research scientist on a mission to discover the indigenous flora and fauna of an alien planet. The player must first examine the local wildlife upon their discovery and over time adhere to their needs. Doing so will encourage further species to venture into the area, and thus give the player more opportunities for research. The more animal scans performed, the more information you will gather, eventually allowing you to journey to new locations and unlock new further rewards.

The animals are essentially your pets in a similar fashion to the cats of Kinectimals. You must ensure that they remain happy by visiting regularly and keeping them fed. The videogame stops just short if having you play ball and cleaning them, but Farlands is certainly designed to encourage bonding with digital pals. Of course, as the variety of life increases, it’s likely that certain less appealing species will suffer as unlike Viva Piñata, Farlands doesn’t present enough reward to encourage the player to spend their time cultivating the needs of animals that they don’t immediately become endeared with.

Farlands offers new items to interact with every day, be it new plants growing or new animal visitors. Furthermore, new unlocks are timed so that they can only be utilised the day after the necessary rank has been achieved. While this may seem as though it’s an artificial limitation that could hinder enjoyment, it does add pacing to the experience that is actually of benefit. There are minor activities to engage in, such as fishing, that also bring rewards. Were a player to become deeply involved in Farlands, there is enough entertainment value everyday to absorb an hour-or-so of your spare time with ease. 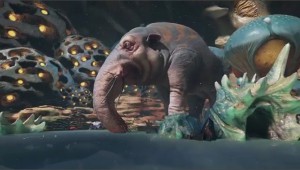 As the experience progresses the player will find themselves will greater responsibilities to their population, though ultimately it’s a fairly fruitless endeavour. The player is rewarded for playing responsibly but there is very little in the way of punishment for intentionally breaking the rules; favouritism is allowed, tantamount to the point of animal cruelty within Farlands‘ limited scope.

While Farlands isn’t the greatest virtual reality (VR) experience on the Oculus Rift by a fair margin, it is absolutely stunning visually. The creatures you will meet are wholly believable; distinct in appearance and animated by a team clearly passionate about breathing life into their weird and wonderful creations. One might find it easy to assume that the design here is based on the reactionary alien from the Crescent Bay demo reel revealed at Oculus Connect in 2014 (now known as Oculus Rift Dreamdeck), due to the similarities in creature design and texturing techniques. Farlands, then, is a pleasant freebee that seems destined to be the videogame that parents use to introduce their children to the Oculus Rift. It’s enjoyable for what it is, though is never going to be considered a peer to the classic franchises that have inspired it. Download it and enjoy, but don’t expect the entertainment to last for as many days as the variety of unlockable content will.