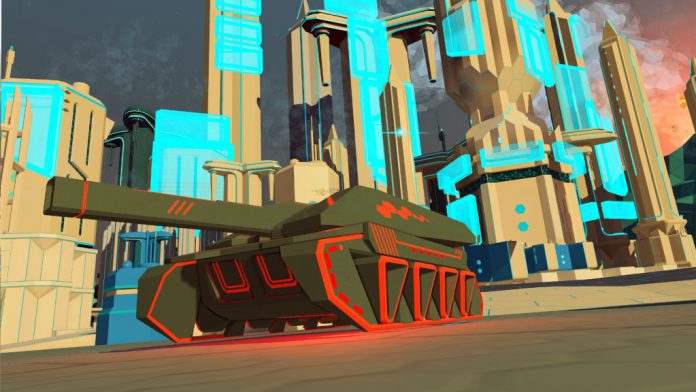 Back at the Electronic Entertainment Expo (E3), LA, June 2015, UK-based developer Rebellion Developments announced a revival of a classic tank battling videogame, Battlezone, including support for the PlayStation VR virtual reality (VR) head-mounted display (HMD). The developer has since confirmed that the experience will also be heading to the Oculus Rift HMD on PC, making an appearance at the Oculus Connect 2, Hollywood, developer conference last month. Today, however, Rebellion has confirmed that Battlezone will be coming ‘first’ to PlayStation VR.

Sony Computer Entertainment (SCE) announced as much during its press conference at Paris Games Week (PGW) just a few minutes ago. Battlezone is a tank-based combat videogame in which the player cruises around neon-licked environments at high speed, taking down numerous enemy foes with a wide variety of weaponry. VRFocus got hands-on with Battlezone upon its reveal earlier this year, stating: ” To say that the UK studio have a potential ‘must have’ on their hands is not putting too fine a point on it.”

No release date for Battlezone was revealed, though the PlayStation VR HMD is set for release next year. VRFocus will continue to follow Battlezone closely, reporting back with the latest updates.