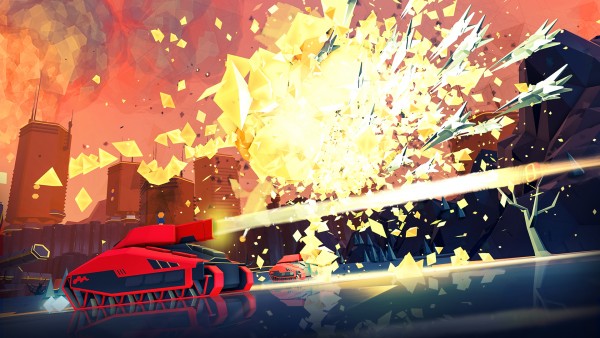 It’s no revelation to say that violence plays a massive role in both the appeal and controversy of video gaming, and both sides stem from the desensitisation of players and their seeking of escapism in a world of death, weapons, and gore. But when it comes to virtual reality (VR), it was clear during a VR panel in London this week that violence will have to take a back seat after CEO of Rebellion, Jason Kingsley, expressed that, in his opinion, it shouldn’t feature the same amount as it already does in non-VR titles due to the intensity of immersion.

Kingsley, who attended the ‘Virtual Reality: Are you Experienced?’ PR event to talk on the panel and showcase Rebellion’s upcoming VR title, Battlezone, spoke of Rebellion’s stance on violent gameplay in VR, saying, “We made a deliberate choice to turn away from violence.” He went on to compare the difference of consideration in VR and non-VR, saying: “With games we turn up to 11 for people, but bring it down to 8 for VR.”

Tamara Sword, Founding Director of tech marketing company TRM&C, also made a point during the panel that due to people’s want of extreme violence and gore, the industry may get to a point where it experiences cases of Post-Traumatic Stress Disorder (PTSD). When asked to expand on that point, Sword told VRFocus: “We’re some way off from PTSD cases from VR – but when processing power enables more realistic, authentic, interactive experiences – it’s entirely possible.”

Sword believes that experiencing extreme situations in VR will reflect onto real life, saying, “One thing’s for sure, what happens in VR won’t stay in VR – those experiences we have in VR will bleed out into actual life.”

Other guests who spoke on the panel were Karl Wooley, Creative Technologist at Framestore, Kudzai Manungo, Product Management Executive at Thomas Cook, and Shahid Kamal who worked in VR at Sony PlayStation.

For more on what VR industry leaders are saying, check back with VRFocus.

The post Rebellion Made ‘deliberate’ Choice to Avoid VR Violence in Battlezone appeared first on VRFocus.