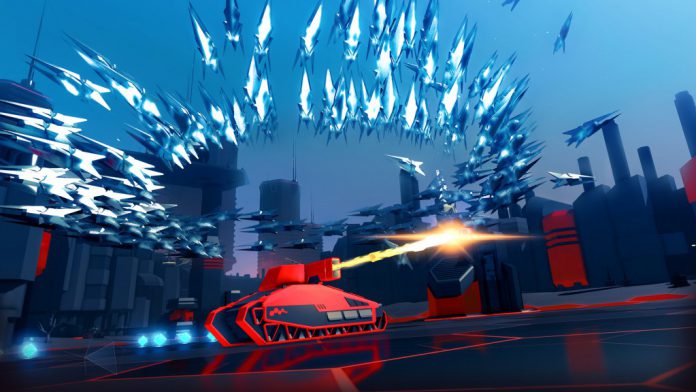 It been an interesting day so far for virtual reality (VR) fans of Sony Computer Entertainments (SCEs) PlayStation VR head-mounted display (HMD). At the PlayStation Experience being held in San Francisco, California, UK-based developer Rebellion the studio behind VR title Battlezone has launched a competition for visitors and online fans alike.

The giveaway which can be entered on Rebellions website, features three different prize levels. Top of the pile is $300 USD credit on the PlayStation Network, then there’re five glow-in-the-dark Battlezone t-shirts and finally ten Rebellion videogame and comic bundles, Battlezone, Zombie Army Trilogy, Sniper Elite 3 and graphic novels from 2000AD.

There is only one entry per person allowed with the closing date on 14th December 2015. Naturally the amount of credit may differ depending on the winners PlayStation Network region.

Battlezone is a reboot of the classic tank battling experience from 1980, and Rebellion has said it aims to have the title ready for PlayStation VR’s launch, due in the first half of 2016.

VRFocus will continue reporting on the latest news from PlayStation Experience as the show continues.