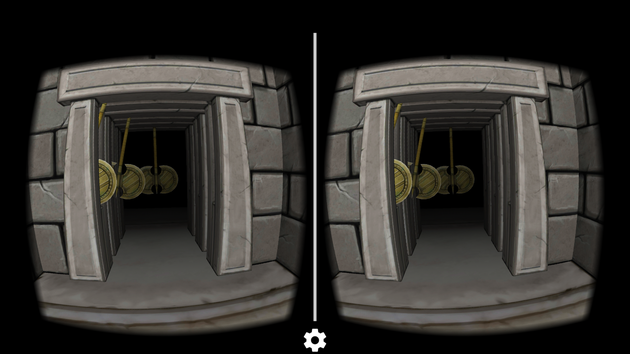 Last week saw UK-based virtual reality (VR) developer Tammeka Games tease that it would soon be releasing a new experience for the Google Cardboard mobile head-mounted display (HMD). It would have been fair to assume that the studio was pushing out another of its own titles, but it appears that this is only half of the story. The company has helped release Austella’s Blink Escape onto the Android operating system (OS) with support for the DIY device.

Austella itself is a collaborative studio that creates titles with the help of a range of developers. In this case Tammeka Games partnered with coder MetaCoded Games and Paper Lander developer This Way Up Games.

Blink Escape is a dungeon-crawling experience in which players can create their own levels with an expansive map editor. The size of these levels can be expanded by taking on dungeons in first-person, gathering gold. Players must also avoid the gaze of a dungeon keeper as they make their way past traps. While the Google Cardboard version of the experience is recommended, it’s also noted that the title can be played in 2D.

The title is available to download for free on Android. VRFocus will continue to follow Blink Escape and all other VR projects, reporting back with the latest updates on them.