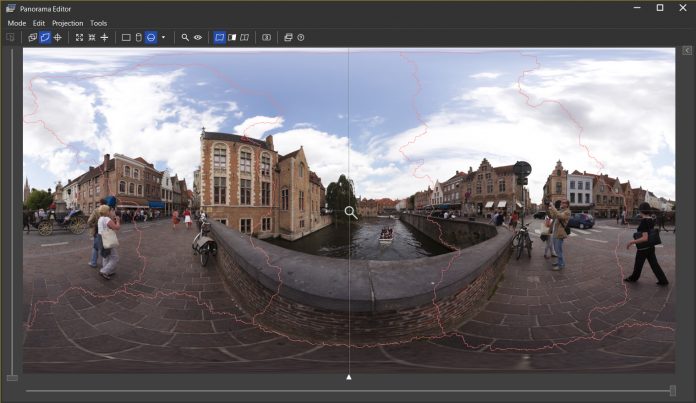 
PTGui 12 beta has just been released and it adds significant new features including improved stitching for moving subjects, improved HDR, and other features.

PTGui is the leading stitching software for panoramic photography. It can stitch not only photos from DSLRs but it can also offer improved stitching for 360 cameras. The new PTGui 12 adds innovative new features:

Optimum seam placement: Taking photos of scenes with moving elements is a challenge for panoramic photos shot with a DSLR. For example, a person moving across a stitch line might appear twice, or part of their body might appear cut off. Traditionally, photographers used masking to skillfully adjust the stitch line to avoid moving elements. With optimum seam placement, PTGui 12 can do this automatically.

Zero overlap blending: scenes with movement can cause issues with exposure consistency when the software is unable to distinguish between differences in brightness due to a change in exposure as opposed to movement. With zero overlap blending, brightness is blended across the entire image, resulting in consistent brightness even with minimal overlapping regions.

Improved HDR: previously, PTGui handled HDR panoramas by stitching them and then fusing the exposure. PTGui now begins by fusing the exposure before stitching the image, which means even HDR photos can benefit from optimum seam placement and zero overlap blending. The new process also means that PTGui can generate HDR panoramas even from photos that were shot in automatic exposure modes.

Fill holes: PTGui 12 can now fill holes with a smooth gradient. It’s not as sophisticated as Photoshop’s content-aware fill, but it can be useful as a quick way of removing tripods or other objects from a photo.

Color management: PTGui 12 now includes full color management. It will be able to recognize color profiles in source photos and display them correctly.

You can find out more about PTGui 12 beta here.