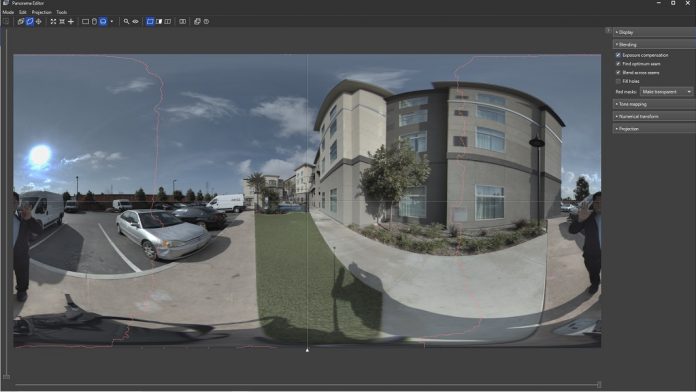 
You can now stitch Insta360 One R Raw DNG photos in PTGui 12.  Here are some of the benefits of doing so.

Insta360 One R is the latest 360 camera from Insta360, makers of the popular Insta360 One X.  The One R has many features for photos, including a 9-shot Raw + JPG HDR mode, and a 9-shot Raw DNG stacking mode called Night Shot.  Now you can take your One R photos even further with PTGui 12.

PTGui 12 is the most popular stitching program for DSLR panoramas.  However, recent versions have begun supporting stitching of 360 cameras as well.  And now, with PTGui 12 beta 3, you’ll be able to stitch Insta360 One R Raw DNG photos in PTGui.

PTGui 12 has several features that can help you improve your One R photos.  First, it can automatically recognize and fuse HDR photos.  Second, it has optimum seam placement, which can move the stitch line around objects.  Third, you will be able to edit your unstitched Raw DNG photos before stitching them.  Editing the photo before stitching can ensure smooth stitching.  However, Insta360 Studio will not stitch a DNG photo that has been edited.   With PTGui, you’ll be able to edit DNG photos in your preferred photo editing software, export them as TIFF, and subsequently fuse them and stitch them in PTGui.