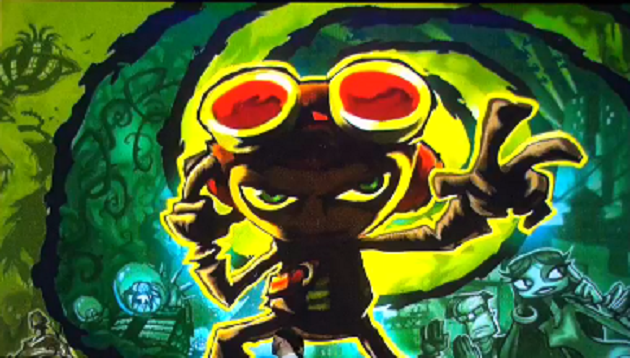 It’s always exciting when a well-established videogame IP is revealed to be moving into virtual reality (VR). A great example of this came about this weekend when Double Fine announced a Psychonauts VR title in Psychonauts in the Rhombus of Ruin for the PlayStation VR head-mounted display (HMD). This is actually the second new entry in the series to be announced this month, as the much requested Psychonauts 2 was revealed last week. Though it was announced later, the VR spin-off will be arriving before the full sequel.

Double Fine’s Tim Schafer confirmed as much in an interview with PlayStation itself at the 2015 PlayStation Experience fan event. “That’s going to be third-person from the point of view of Raz,” the developer explained, “but the interesting thing about using psychic powers in VR is he can shift his point of view, he can use his clairvoyance to see through your eyes and see through other people’s eyes and move his point of view around. Then use things like telekinesis and clairvoyance and pyrokinesis to burn things and all those powers he has.”

The developer noted that he was excited to be working in VR as it allows him to step into worlds. He explained that it was ‘really natural’ for Double Fine to be making a VR videogame in this regard. When later asked about a possible release date for the Psychonauts VR title Schafer revealed that it will be releasing next year while Psychonauts 2 isn’t expected until 2018. “Psychonauts in the Rhombus of Ruin is going to come out next year before Psychonauts 2 which comes out in 2018,” he said.

If you haven’t already seen it then it’s a great idea to watch the videogame’s announcement trailer, which pokes fun at a certain VR figurehead. VRFocus will continue to follow Psychonauts in the Rhombus of Ruin, providing the latest coverage on the title.

The post Psychonauts VR will be Third-Person, Release Before Psychonauts 2 and More appeared first on VRFocus.