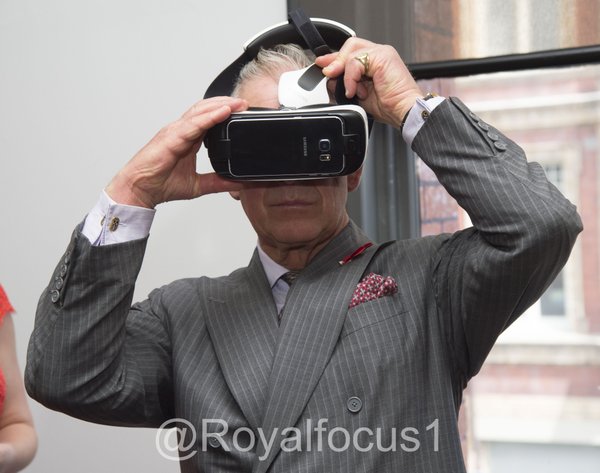 Plenty of famous faces have tried out virtual reality (VR) technology over the past few years. From videogame industry legends such as Shigeru Miyamoto to movie directors and more, many have had the chance to sample a head-mounted display (HMD). Most have been just as impressed as the rest of the community, though not everyone is convinced. Now it’s royalty’s turn to give VR a try; Prince Charles was recently seen sampling the tech.

Royal photographer Tim Rooke took the below shot of the Prince sampling the Gear VR mobile HMD from Samsung and Oculus VR. According to Rooke the picture was taken during Prince Charles and wife Camilla, Duchess of Cornwall’s recent visit to New Zealand. Specifically, the prince was visiting Animation Research in Dunedin. It’s not clear exactly what he experienced within the HMD, nor what his impressions of the kit were.

The Gear VR is set to launch its first consumer version on 20th November 2015 in the USA, with international dates said to be coming soon. Those interested can currently pre-order the kit for $99 USD so long as they have a compatible Samsung smartphone. Those include the Galaxy S6, S6 edge, S6 edge plus and the Galaxy Note 5.