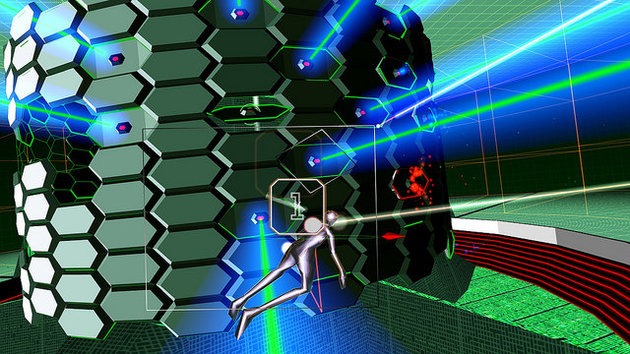 The rebirth of Rez has been a long time coming. Since the original title’s debut on the Dreamcast and PlayStation 2 fans have been treated to a high-definition upscaling on Xbox 360 and the underappreciated motion-control centric spiritual successor Child of Eden, however many have longed for the return of Rez. Today their wish has been granted, as series creator Tetsuya Mizuguchi took to the stage at PlayStation Experience, San Francisco, to announce Rez Infinite.

Although being deemed a remake of Rez, Rez Infinite is revamping the original in far more ways than Rez HD had ever dared to. Not least is in the fact that it has been designed to utilise PlayStation VR not just as an optional accessory, but with the experience clearly designed to directly benefit from this brand new medium.

The idea of Rez Infinite remains the same as the original title. It’s a shooting videogame, but not quite. The player is constantly moving along a visible path at a set speed, with enemies that come into view at predetermined points. Using either the left analog stick or the PlayStation VR’s head-look functionality – the latter of which is most certainly swifter and more accurate – the player scans the enemy units to place a lock-on and taps the Cross button to fire. This is converse to the original release, which required a button to be held to activate the lock-on and released to fire.

Rez Infinite still makes use of the evolution system championed by the original, though now the scaling appears to be streamlined. During VRFocus‘ time with Rez Infinite there was only ever a single point available to be added to the evolution bar (which is no longer visible on-screen) and a hit from an enemy will only deplete one point. This could have simply been because only the first area, scaling to 10 different playable challenges, was available for preview. However even at this early stage the main menu did offer four areas with the fifth still being kept underwraps (just as in the original). 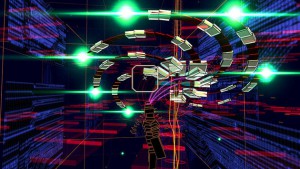 The most significant changes between Rez and Rez Infinite however are related to the visual and aural qualities of the videogames. Rez Infinite is every bit the modern videogame experience you would hope, with dynamic, reactive lighting and 3D audio made to measure. With the use of virtual reality (VR), the infamous ‘zone’ which players need to acquire to make the most out of their time with Rez is only ever a few moments away. VR has been championed for many things, but in Rez Infinite it’s most certainly aiding immersion far more than any 4K television and 7.1 sound system ever could do.

Fans have been calling for a rebirth of Rez for over a decade, and finally it’s coming. However, it’s not just a simple case of bringing a cult classic to a hardcore fanbase: Rez takes on a brand new life in Rez Infinite with PlayStation VR. Just as with the original, Rez Infinite isn’t going to appeal to the mass market gaming audience, but for that adoring fanbase the title already has PlayStation VR has just earned it’s first ‘must have’ videogame.