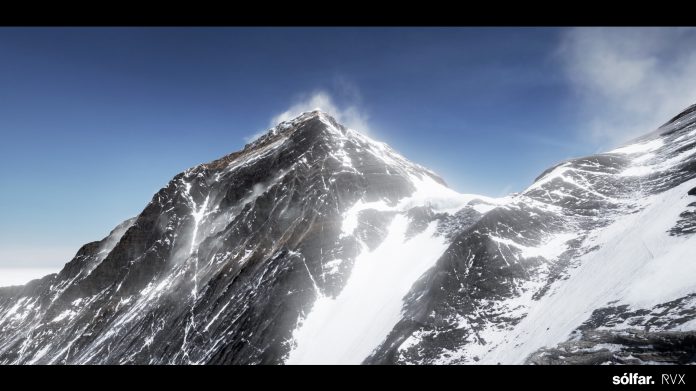 Virtual reality (VR) comes in many forms with developers seemingly taking every opportunity to blur the line between experiential software and videogames as the release of consumer hardware quickly approaches. Sólfar Studios; EVEREST VR does exactly this in a fashion not previously seen: it’s educational, it’s entertaining and it’s an encouraging start for the VR-centric developer. But the preview build VRFocus has witnessed is just that; a start. Work is very much still needed if Everest VR is to maintain the high quality standard that is showcased in half of the preview build and avoid the flaws present elsewhere.

Demonstrated on the HTC Vive, EVEREST VR opens with a narrated cruise at high altitude over the course of Everest, detailing the landscape and the dangers hidden within. The player is on a set trajectory, hovering high above the crisp landscape as a decidedly less polished helicopter flies past and across the peaks. It’s an odd decision to have the player constantly moving as an ethereal being with no control; a less than comfortable experience. Simply grounding the player in a helicopter or something similar would surely have been a better option, especially as this exposition is repeated later in the preview build across a different part of the mountain.

The first interactive sequence has the player grab hold of 2 guide lines as they move across a horizontal ladder bridging a chasm between snow covered ledges. Alternating movement of the left and right hand will pull you across the gap, with the animation of the lines reacting to the movement of your hands and thus making it feel like the precarious activity it surely would be in the real world. A sherpa constantly talks to you encouraging you to move further across the ravine, increasing the immersion of the experience as vision, touch and aural senses are engaged simultaneously.

Once the player has made it across the chasm safely the screen fades and upon return the next interactive sequence begins. This section gives the player a small area to survey before being instructed to climb a ladder. As with Crytek’s Back to Dinosaur Island 2 demo, the player conducts all movement here with their hands. Grabbing alternate runs on the ladder will automatically elevate the viewpoint. At first the experience seems pretty lacklustre, but VR is all about ‘presence’ and EVEREST VR nails this completely during this sequence with one very simple trick: vertigo. Upon scaling even one third of the ladder a look back down to where you started will instantly instil a sense of height, and all the inherent warnings that your mind brings, despite the fact that, in the real world, your feet are still solidly on the ground. 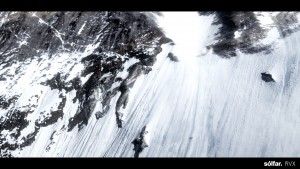 Reaching the top of the ladder the player is invited to look back over the ledge to the floor below from which they just came. As with the neon-lit city skyline of Oculus VR’s original Crescent Bay demo reel, the feeling that one wrong step could result in disastrous consequences is very real. With the HTC Vive’s Room Scale technology the player can move around this environment freely, yet even before the chaperon system offers a visual warning to potential hazards a natural reaction is to take things slowly to avoid an undue mishaps.

Another forced incline with narration takes you to the final moments of this first EVEREST VR demonstration, wherein the player no longer takes on the role of an explorer. Here they are given a god-like view of a small area of the mountain’s peaks and are equipped with a magnifying glass on each hand. This allows the player to zoom-in on a specific area, such as the base camp and other notable points of interest, to learn more about the wonders and dangers of Everest. While this could become both an informative and entertaining aspect of the final product, including this sequence as the closing section of the first playable build of EVEREST VR was certainly a misstep. The adrenaline rush gameplay of the first two interactive sequences is washed away by the slow pace and minimal interactivity of this closing section.

EVEREST VR is certainly an interesting proposition; delivering both the unique possibilities of VR through interaction and a potentially educational experience with insight into one of the world’s most famous natural wonders. However, at this point it is not without issue. Running on an NVIDIA Titan X with the HTC Vive, EVEREST VR was both beautiful and ugly simultaneously, with the landscape itself having obviously received more attention than any moving parts. The interactive sequences are wonderful but without additional activity are less than likely to endure a second visit, and the decision to forcibly move the player through the environment without anything to ground them certainly needs to be rethought before being taken any further.