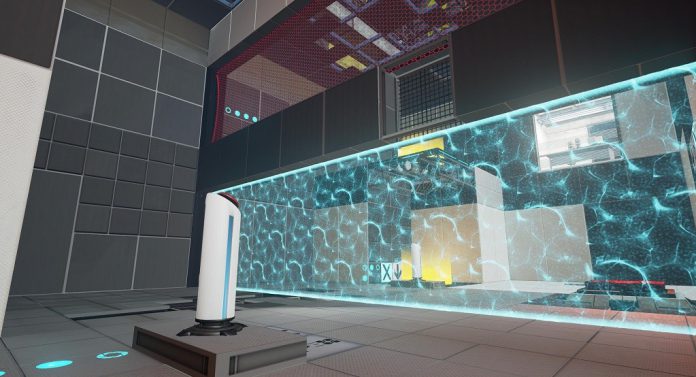 “Hey everyone, Today we got informed by Valve that there are issues with the name Portal Stories:VR. We’ve been requested to change the name of our game. At this point we’re not sure yet what we’re going to call it, but we’re in talks with Valve to resolve this issue as soon as possible. ”

“Unfortunately this also means that we’ll have to delay the release of the game again. We still plan to release as soon as possible, but it’s going to take some more time. We have to agree on a new name, change all of our promotional assets and make some adjustments in the game itself.”

While delays to a release schedule is part and parcel of videogame development, a sudden name change at such a late stage isn’t usually expected. As Valve is the copyright holder of the Portal theme it can do this but why has the company suddenly decided to? As the team state above its not an easy process that can be quickly rectified, as anything which bears the old name needs to be changed.

As such a new date is listed as 27th May 2016, although with the ways things have been going don’t expect that to be concrete.

VRFocus will continue its coverage of Prism Studios, reporting back with further details as announcements are made.