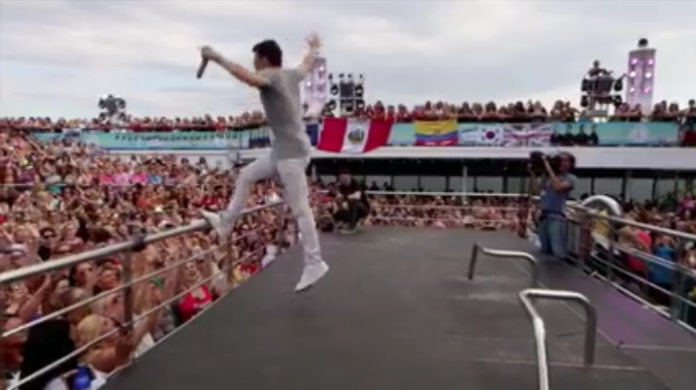 Littlstar is one of the most prolific 360-degree content sharing platforms out there. The service has live-streamed EDM artist Hardwell, teamed up with RYOT on March 4 Earth as well as many more. Now the company has announced a collaboration with PopTV for an immersive experience based around TV show Rock This Boat: New Kids on the Block, which airs for a second season in June 2016.

Rock This Boat: New Kids on the Block is a reality TV show which follows the band giving behind the scenes access to fans. The 360-degree experiences will include live performances with the band, selfies with Donnie, surf lessons with Joey and Jonathan, and more.

“We are elated to re-team with Donnie Wahlberg and pop culture icons New Kids on the Block for a second season of “Rock This Boat,” said Paul Adler, SVP of Original Programming and Development at PopTV in a statement. “As a network that strives to give fans new experiences and perspectives on their favorite artists, the unprecedented VIP access we were granted this season not only achieves, but surpasses this goal.”

The new season is split over ten episodes starting on Thursday, 9th June at 8:00 p.m., ET/PT, and the VR content will also release at the same time. The Littlestar app can be downloaded for smartphones to be used with head-mounted displays (HMDs) like Google Cardboard or Merge VR, and also Samsung Gear VR. It’s also available online as well as Apple TV.

VRFocus will continue its coverage of Littlstar content, reporting back with any further additions.