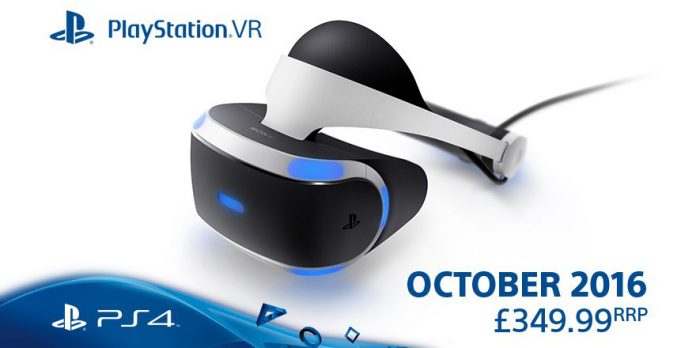 Since the reveal of the PlayStation VR virtual reality (VR) head-mounted display’s (HMD’s) $399 USD price point and October 2016 release window a number of retailers have been offering pre-orders for the device. In the US online retailing giant Amazon has been offering both the core unit and launch bundle, selling out of the latter at regular intervals. Today, however, the core unit has also gone up for pre-order at the UK version of Amazon for the first time, suggesting there’s still a chance to get one on launch day.

The device is available for £349 from the retailer, which is the same price as ordering it from videogame specialist, Game, though the latter has had its pre-orders live since the reveal of release information at last month’s Game Developers Conference (GDC). It doesn’t appear that Amazon UK is yet offering any kind of launch bundle for the device. In the US this bundle offers the PlayStation Camera needed to actually track the HMD as well as two PlayStation Move motion controllers and SCE London Studios’ VR compilation, PlayStation VR Worlds.

It’s important to note that the listing doesn’t guarantee that customers will be getting the device on launch day, though given that it’s the first listing for the kit on the site it’s hard to see why they wouldn’t. The PlayStation Camera is also available for £43.45 and a single PlayStation Move controller costs £28.91. Even without PlayStation VR Worlds, then, buy these items separately will add around £100 onto the cost of the kit.

Check back with VRFocus for the latest updates on PlayStation VR.