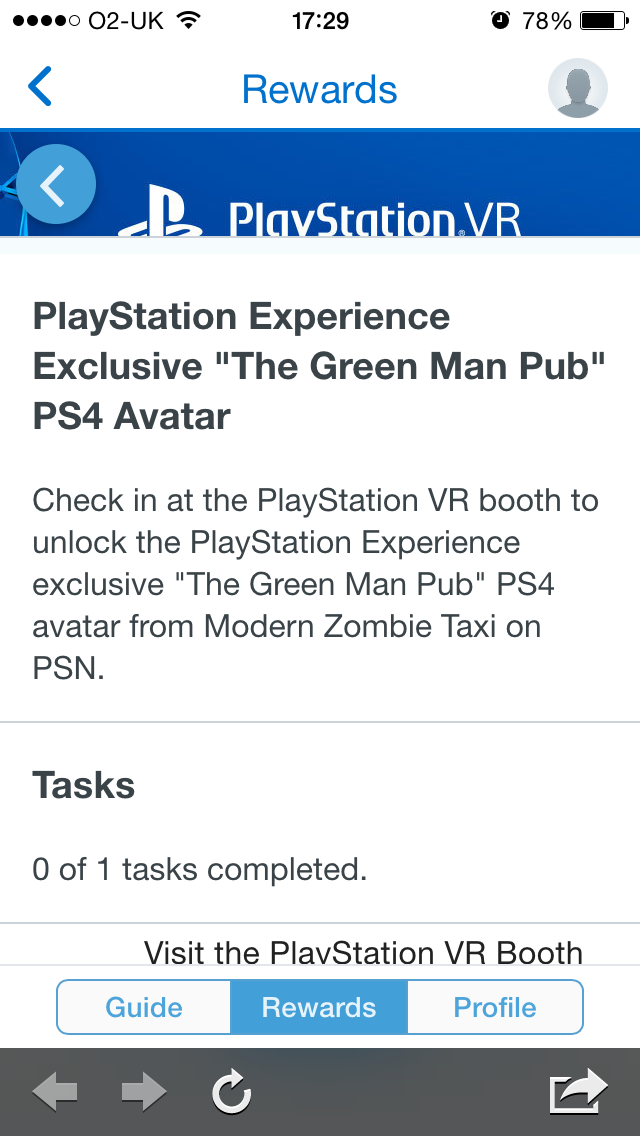 It’s not long now until the 2015 PlayStation Experience fan event kicks off with an opening keynote conference in San Francisco, California. The show will get started at 18:00 GMT and is set to feature new videogame reveals, demos and more from Sony Computer Entertainment (SCE). PlayStation VR, the company’s anticipated virtual reality (VR) head-mounted display (HMD) is also expected to play a role at the event. In fact it looks like one announcement for the device has already leaked in the form of a new title named Modern Zombie Taxi, which seems to be a port of a PC title that’s also coming to the Oculus Rift.

The PlayStation Experience app appears to have accidentally revealed that this title is on the way to PlayStation VR on PlayStation 4 as seen in an image below. The app is offering a certain set of rewards to attendees of this weekend’s event, by tasking them with checking in at specific booths. By heading to the PlayStation VR booth fans will earn an avatar from ‘The Green Man Hub’ from Modern Zombie Taxi for their PlayStation Network profile. Other than a dynamic theme for RIGS: Mechanized Combat League, this is the only PlayStation VR related reward on the app thus far.

It certainly seems as if this could be the very same title as developer Vitei Backroom’s Modern Zombie Taxi Driver, which was revealed for the Oculus Rift some time ago. That’s not 100% clear given the slight different in names, though this could simply be a mistake on the PlayStation Experience app’s part. On PC the title has been compared to the iconic Crazy Taxi series. In it, players pick up zombies and speed them towards their destination, with extra points awarded for destruction. The title is played from a first-person perspective.

VRFocus is at PlayStation Experience and will be delivering the latest updates on all PlayStation VR compatible videogames as well as the hardware itself.