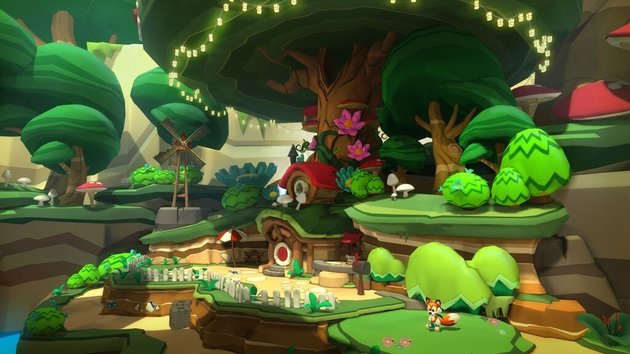 One of the most highly-anticipated launch titles for the Oculus Rift is also one of the most unassuming. Who would’ve guessed that a cute, colourful little fox would be the face of one of the biggest technology shifts of the decade? Playful Corp.’s CEO, Paul Bettner, is the man behind the fox with the big ideas.

VRFocus recently sat down with Bettner to discuss his anticipations for the launch of Lucky’s Tale, a third-person platform videogame, and how the Oculus Rift exclusivity deal came about. Bettner reveals the progression of Lucky’s Tale from its ambitous starting point through to being announced as a free bundled title with every Oculus Rift. Furthermore, Bettner reveals some of the inner workings of Playful Corp.’s relationship with Oculus VR and offers his own personal commentary on the pricing of the head-mounted display (HMD).

Lucky’s Tale is due to launch alongside the Oculus Rift on 28th March 2016, and VRFocus will have a review of the final product ready and waiting for you. In the meantime you can enjoy the full interview with Playful Corp.’s Bettner below.