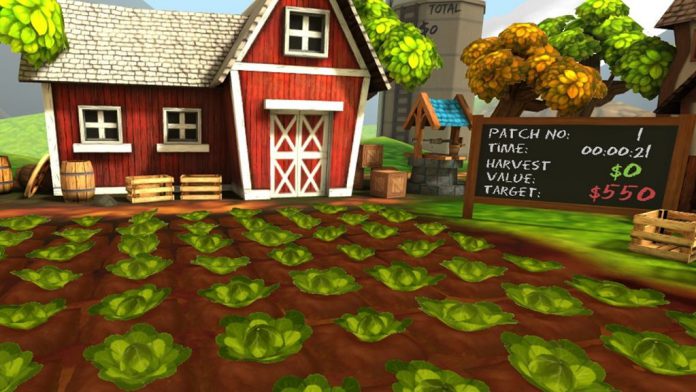 This weeks seen a couple of virtual reality (VR) videogames arrive for the Samsung Gear VR. There was a pirate adventure title called Heroes of the Seven Seas by Mirage Interactive Co Ltd, and Cabbage Harvest from Vobling.

Cabbage Harvest is described as a ‘puzzle-style farming simulator’ where players have to collect cabbages whilst avoiding Bernie the Worm. As cabbages are collected each one earns money which adds to the total score. After clearing a cabbage patch you can start over as many times as you like until the worm is encountered then its all over.

The videogame is actually a modern VR version of classic title Minesweeper. Bernie the worm represents the mines, and as each cabbage is picked areas are uncovered with wooden posts indicating how close the worm could be.

It’s a simple premise that’s known by gamers across the world, and should be comfortable to play for everyone. Cabbage Harvest costs $0.99 and is available to download from the Oculus Store.

For all the latest Gear VR releases keep reading VRFocus.