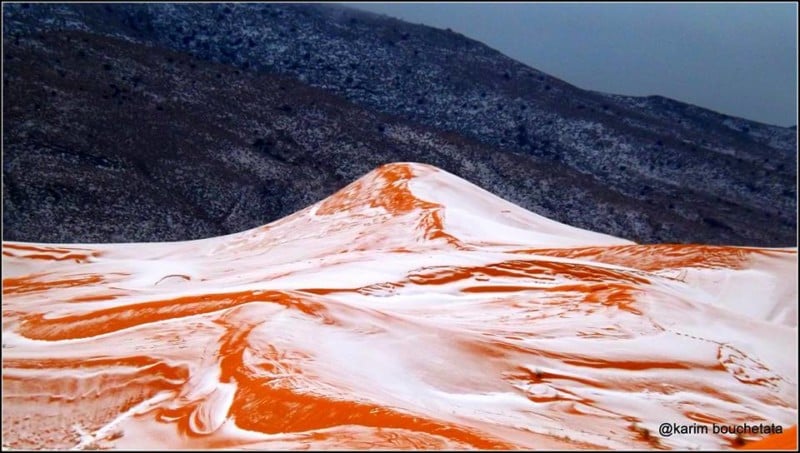 The Sahara is a dry and hot desert that’s roughly the size of the United States, making it the largest hot desert in the world. On December 19th, snow fell near the Algerian town of Ain Sefra — it was the first snow fall in that area in 37 years.

As snowflakes began blanketing the sandy landscapes, amateur photographer Karim Bouchetata grabbed his camera and went out to document the extremely rare sight. 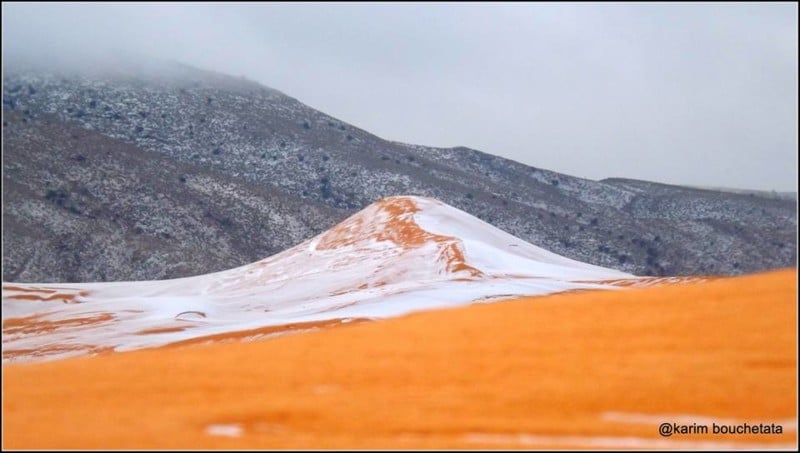 CNN reports that the last time snow fell in this area was during a brief blizzard back in February of 1979. Other than that, this area is known for dry heat, with temperatures reaching 122°F. 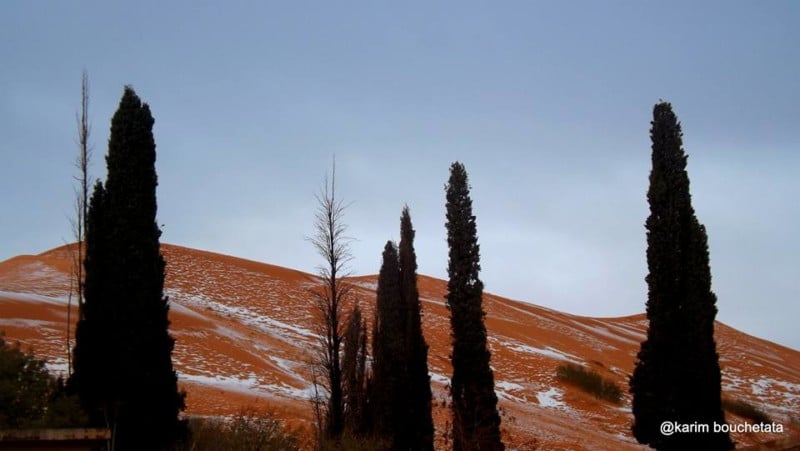 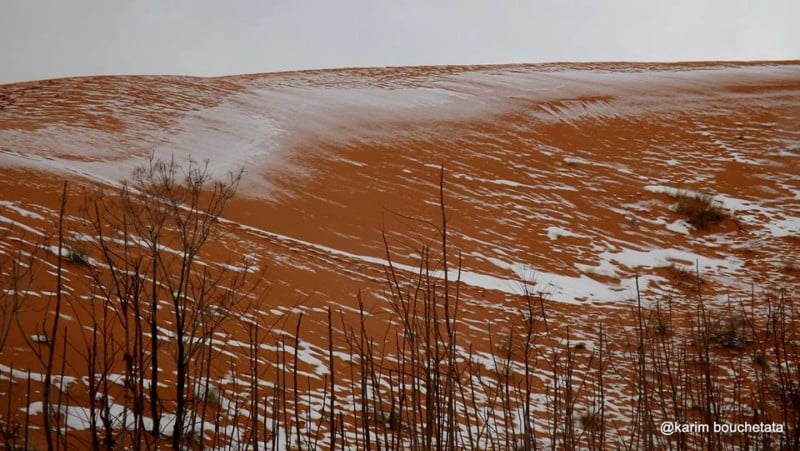 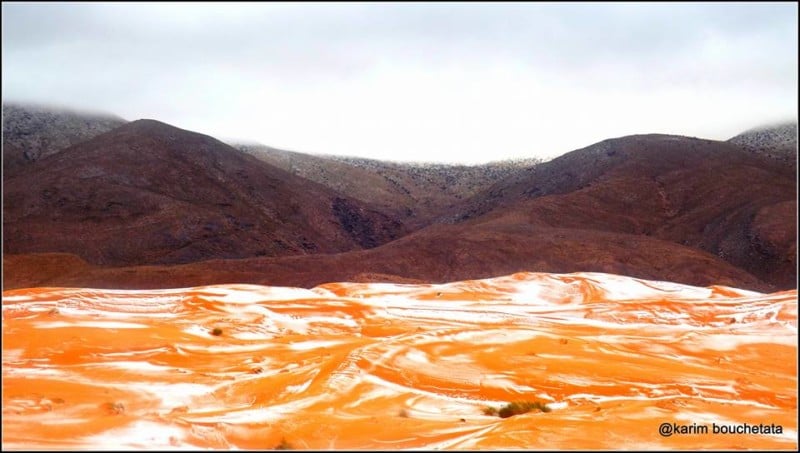 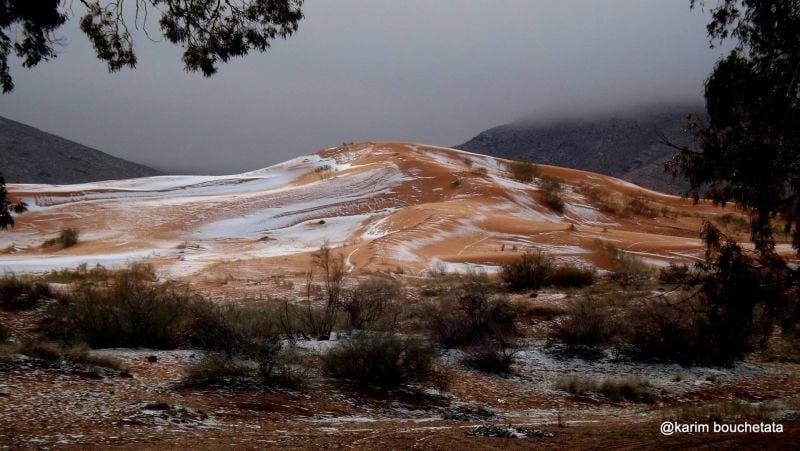 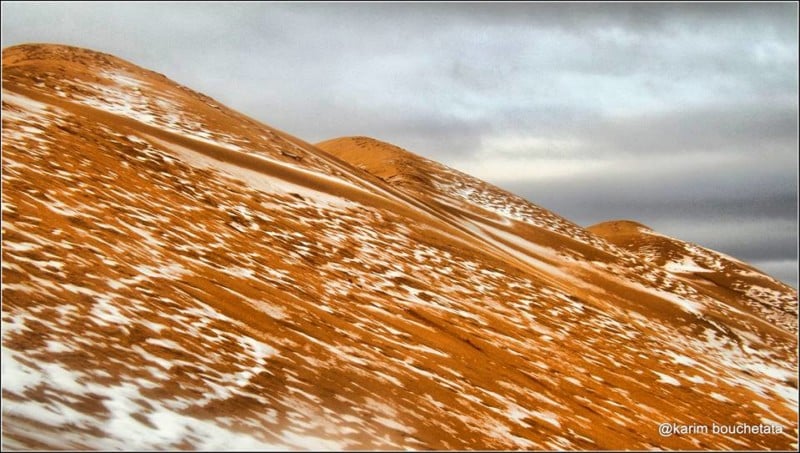 You can find more of Bouchetata’s photography on his Facebook page.

Image credits: Photographs by Karim Bouchetata and used with permission