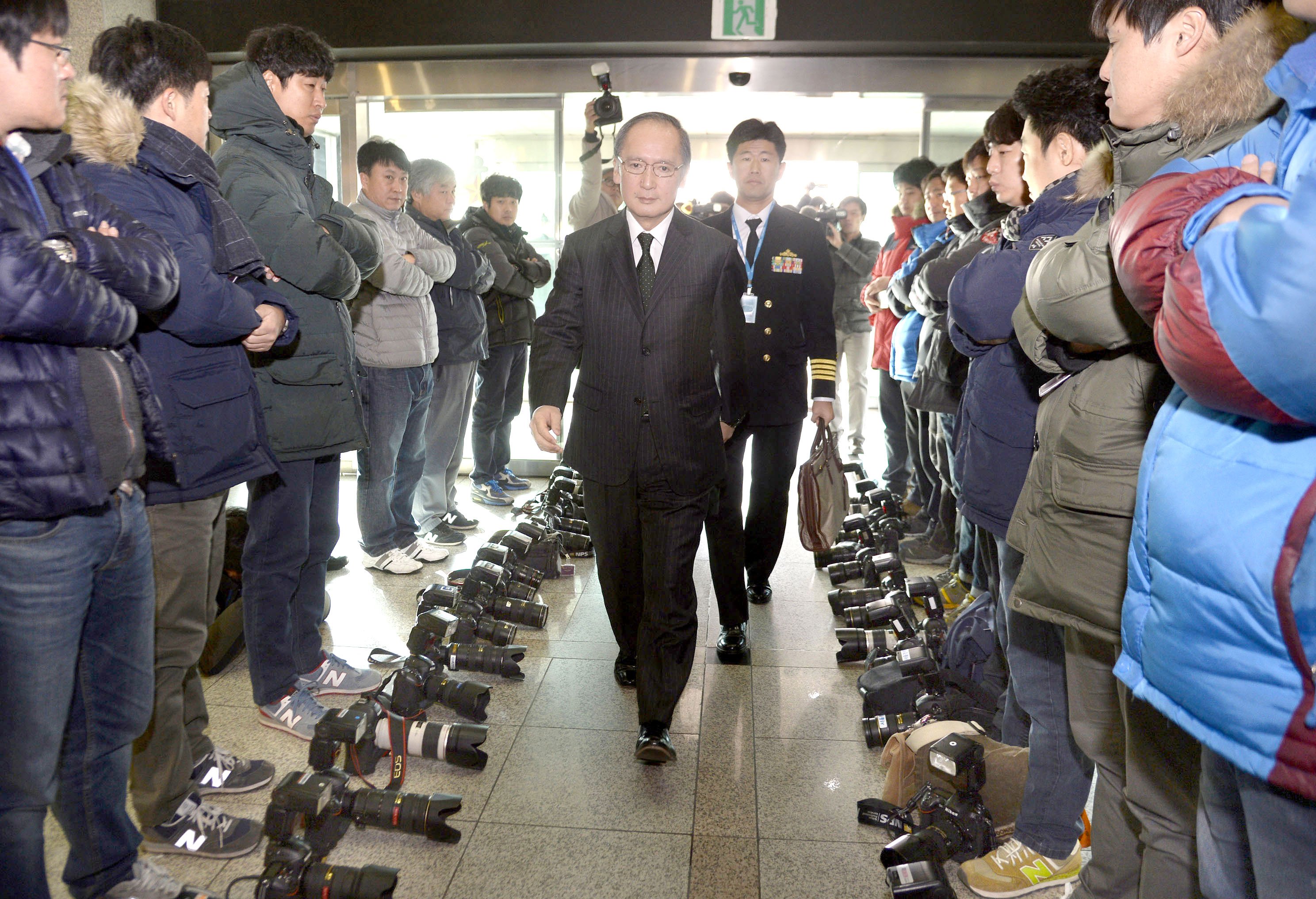 When Japan and South Korea signed a pact on military intelligence sharing last week, authorities decided to do the signing in private, closing off the ceremony to the press. Unhappy about this decision, photojournalists decided to protest the media blackout by laying down their cameras.

As Japanese ambassador Yasumasa Nagamine arrived at the South Korean Defense Ministry in Seoul on November 23th, 2016, he entered the doors to find a tunnel formed by a line of photojournalists on both sides. The photographers had just been told after arriving at the venue that they wouldn’t be allowed to shoot the actual signing of the pact.

Angered by this last-minute notice, the photographers collectively decided to boycott covering the ambassador’s arrival. At the photographers’ feet were their DSLR cameras, symbolically laid on the ground to show that they were refusing to cover the event.

Instead of using press photographers, the South Korean government decided to release their own photos of the event shot by defense ministry officials.