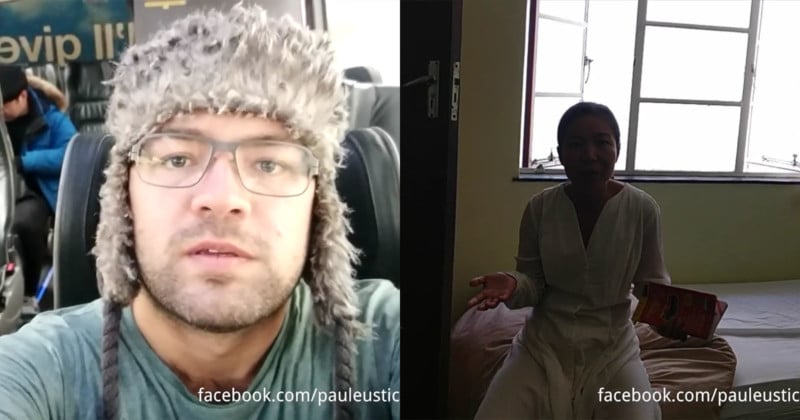 How far would you go to see justice if you found your memory card stolen and photos posted online? For travel photographer Paul Eustice, the answer is: halfway around the world.

Eustice is an international landscape, travel, and adventure photographer based in Brighton, UK. He says that in late 2016 and early 2017, he spent 3 weeks photographing and doing wildlife conservation volunteering in Namibia in Southern Africa.

During that time, he spent a week with a Chinese interpreter named Ling, who asked for (and was denied) some of Eustice’s photos to publish on her blog.

After returning to the UK, however, Eustice stumbled upon Ling’s blog through Facebook and was shocked to find that she had published 14 unedited photos he had shot during his trip… with her watermark. Realizing that Ling had stolen his backup memory card and the photos on them, Eustice decided to make another trip to South Africa and confront Ling with what she had done.

He recorded footage from his quest and made this 10-minute video (warning: there’s a bit of strong language at the end):

Eustice ended up not being able to get law enforcement to deliver justice, but he says he had another great 5 days in South Africa after the confrontation.