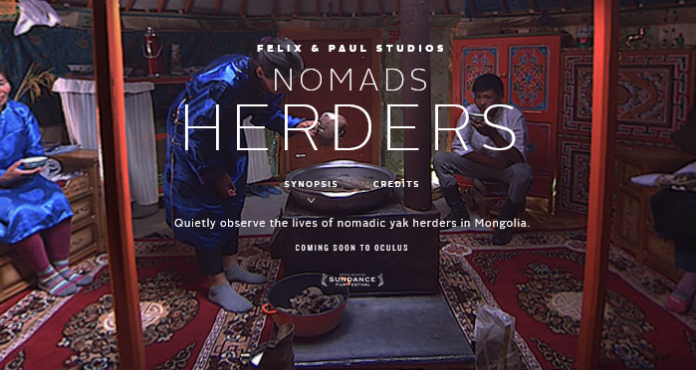 As most head-mounted displays (HMD) aren’t available to consumers for immediate sale, virtual reality (VR) is most accessible to the wider public audience through large scale VR demonstrations. Spreading one pretty big VR showcasing project, for a year the Phi Centre will install a Virtual Reality Garden which will twin the VR garden in Montreal, and it will be based in the fitting location of London’s Canada House.

The Virtual Reality Garden will showcase the best of what Canada has to offer to VR filmmaking, featuring: Nomads: Herders by Felix & Paul Studios, which gives an insight into the daily lives of Mongolian yak herders; and Way to Go by Vincent Morisset, which dips into various mediums such as animation, music, and video to take the audience through an enchanted walk in the woods.

The Phi Centre, a space where many artistic exhibitions and installations take place, has chosen Canada House to hold the installation, which is based in London’s Trafalgar Square, highlighting great Canadian art and design. The installation will launch 16th March until next year.

For the latest news and updates in VR check back with VRFocus.