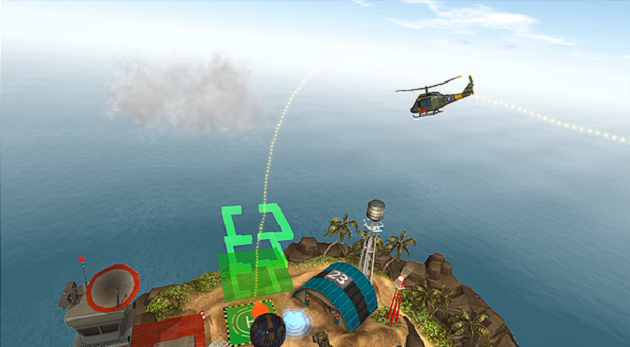 The next big event in the annual videogames calendar is PAX South, San Antonio, 29th January – 31st January 2016. Many publishers have already begun revealing their playable line-ups for the show, and virtual reality (VR) specialist developers Phaser Lock Interactive are the latest to join the list with both HTC Vive and Oculus Rift editions of their forthcoming Final Approach.

A Flight Control inspired 360 degree videogame experience, Final Approach casts the player as an airport director controlling the flight paths of planes attempting to land at the airport. Using the HTC Vive motion controllers or Oculus Touch, the player selects a plane and draws a path for it to follow, aiming to get it to the ground without collisions or other unfortunate incidents.

Phaser Lock Interactive will be bringing both the HTC Vive and Oculus Rift editions of Final Approach to PAX South, though it is not yet known whether the title will be available to play on the show floor or kept firmly locked behind closed doors. VRFocus will of course keep you updated with all the latest details on Final Approach and other VR titles heading to PAX South.