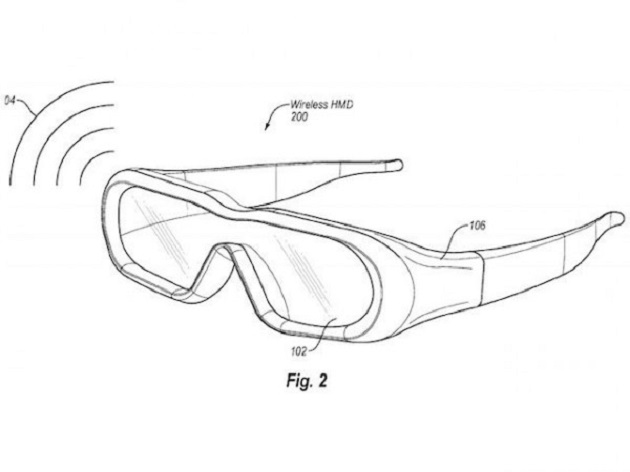 The virtual reality (VR) and augmented reality (AR) markets are shaping up to be big business, or that’s the plan for several major global companies. Its now been revealed that online retail giant Amazon, has been developing an AR head-mounted display (HMD), after a patent award was published this week.

Published by the US Patent and Trademark Office only this week after originally being filed on 16th September 2013, the patent award explains how Amazon’s HMD could connect via USB or wirelessly to a device such as a smartphone or tablet, reports TechWeek Europe.

In the patent description it states the idea behind the AR HMD: “A basic issue with mobile devices, such as cell phones, PDAs, tables, and mobile game consoles has always been screen size. One the one hand, a large screen is beneficial for watching movies, playing games, and even reading e-mail comfortably. On the other hand, the larger the screen, the bigger the device, which may be less desirable for a light and portable product. Another problem consumers experience with portable devices, like tablet devices, is the lack of ability to immerse themselves in a tablet experience, such as watching a movie on an airplane.”

“One technology directed to address the size dilemma is head mounted display (HMD) systems. Conventional consumer HMD systems, such as TV glasses and virtual-reality goggles, were usually heavy, expensive and uncomfortable to use for long periods of time. More recently, lighter and more affordable products have been developed in video glasses.”

Amazon has had mixed success with previous technology ideas, the Fire smartphone for instance has been seen as a flop. Maybe the AR HMD might just be different, but as of yet no further details on the headset have been revealed by the company.

VRFocus will continue to report on any further details released by Amazon on the AR HMD and they’re announced.