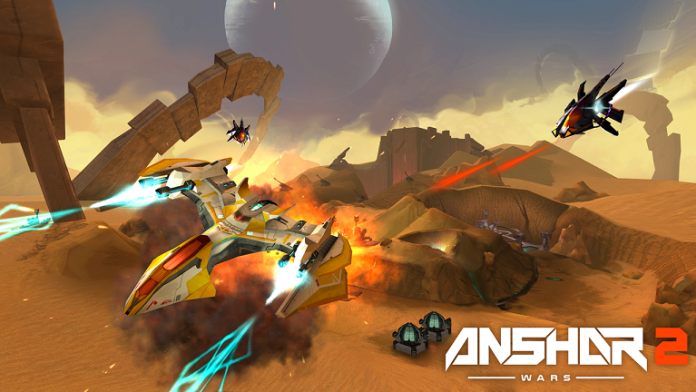 It’s Gear VR launch day and there’s a heap of new content for virtual reality (VR) fans to finally dig into. Among the new experiences is Anshar Wars 2, the space shooter sequel from OZWE Game. VRFocus reviewed the original entry in the series earlier today. On top of testing the title out, we’ve also spoken with CEO Stephane Intissar about the sequel’s development.

In the interview below, Intissar talks about why the developer decided to jump straight into work on a sequel to Anshar Wars, and why it’s sticking with Gear VR. There’s also talk of what to expect from OZWE Games in the future.

VRFocus: Why did OZWE decide to jump right into Anshar Wars 2 instead of a new IP?

Stephane Intissar (SI): We found that the mechanics and the content of Anshar Wars deserved to be improved and the public reaction to the first game was so great that it enabled us to do an improved build of our game.

VRFocus: What’s new with Anshar Wars 2 over the original?

SI: Anshar Wars 2 has more missions, more space environments to explore, and three ships with unique abilities and controls. It also features the ability to fly over planet landscapes, which is a really different experience from the first version of the game. Overall, it is a rich and fully fleshed game when compared to the original. 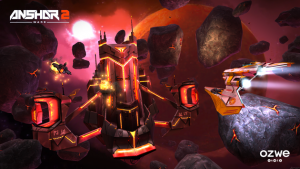 VRFocus: Why did you decide to go with a third-person view for the title?

SI: We really loved Rogue Squadron II: Rogue Leader for GameCube back in the day and we wanted that kind of view but in VR. Surprisingly, this view helped with comfort right away so we decided to keep it.

VRFocus: There are a lot of space combat titles for VR already, how does Anshar Wars 2 fit in besides them?

SI: In Anshar Wars 2 players can move freely. It is not a static experience. In fact, the player is moving all the time and can explore the environment, interact with it. This is an essential aspect of VR and also something we believe that players expect from an experience like this.

VRFocus: Why did you decide to bring the project to Gear VR instead of the Oculus Rift?

SI: Gear VR is the first serious VR headset available on the market and we decided to bet on it.

Also, Anshar Wars 2 utilizes 360 degree control, also called swivel chair control. Thanks to the untethered nature of the mobile device, the ability to move freely with the Gear VR headset is well suited to the experience of our game.

VRFocus: Is OZWE working on any other VR projects right now?

SI: We are always working to improve the experiences we create. We can’t spoil too much about what will come next, but we are excited to be developing incredible experiences for VR. This is just the beginning!