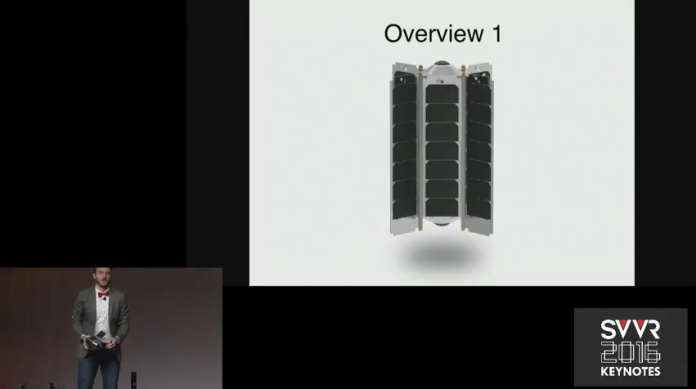 Today at the Silicon Valley Virtual Reality (SVVR) 2016 event SpaceVR founder Ryan Holmes took to the stage to discuss virtual space tourism and his company’s plans. In the talk he announced that the firm had raised $1.25 million USD to launch the first virtual reality (VR) satellite camera, called Overview 1.

SpaceVR started last year with a Kickstarter crowd-funding campaign to raise money to put a VR camera onto the International Space Station (ISS). Put on the observation deck this would allow people on the ground to get an astronauts view of the world.

With the new funding SpaceVR is now changing that objective by creating a satellite 360-degree camera which will go into a low earth orbit. Overview 1 will feature two 4K cameras with a wide field of view (FOV). The company plans to make the recorded content on all major VR platforms including, Oculus Rift, HTC Vive, PlayStation VR, Samsung Gear VR and Google Cardboard.

With this new venture SpaceVR plans to launch Overview 1 in early 2017 if everything goes right, but getting objects into space is never an easy prospect. VRFocus will continue its coverage of SpaceVR, reporting back any further announcements.