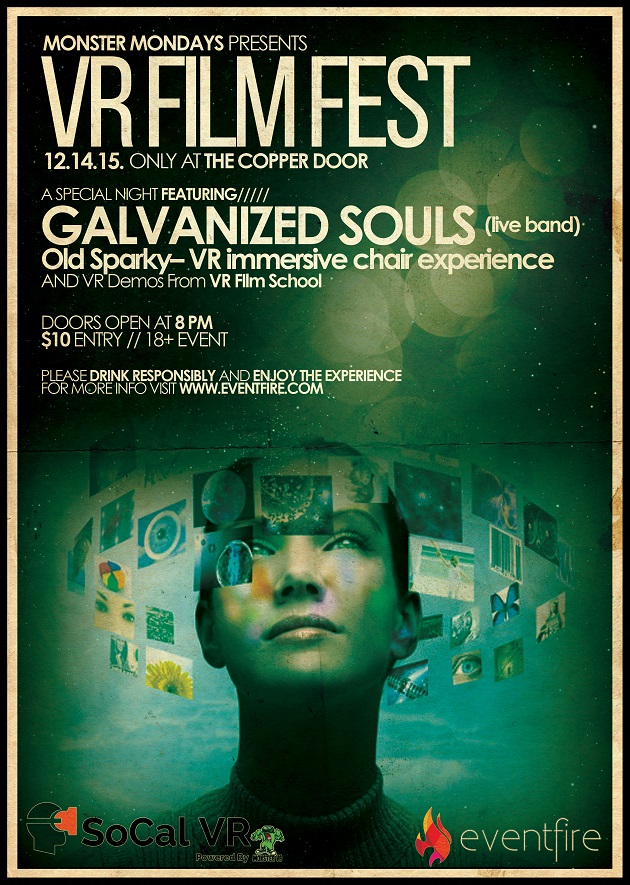 As 2015 draws to a close the virtual reality (VR) industry and VR fans will rightly be looking towards 2016 with excitement for what’s to come. But that doesn’t mean there’s nothing left for this year to offer. Announced for Monday, 14th December, is the second Monster Mixer, a VR film festival taking place in Santa Ana, California, US.

Organised by Orange County VR (OCVR), the Monster Mixer will feature demos, VR Films and a special guest performance. The meetup group will be showing video demos from their VR Film School that the students created. Winners will be announced as well as the grand prize winner, although the grand prize is being kept under wraps.

Those attending will get the opportunity to try out Old Sparky; a VR immersive electric chair experience that was unveiled at the SoCal VR Meetup several months ago. The Monster Mixer may be the last chance to try it out before it’s dismantled.

VRFocus will continue to report on all upcoming VR events as they’re announced.