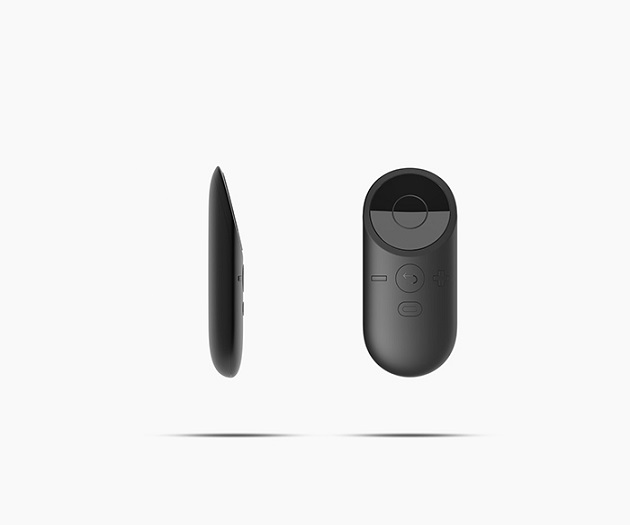 Today Oculus VR kicked off the Consumer Electronic Show (CES) 2016 in Las Vegas, Nevada with the launch of pre-orders of its Oculus Rift virtual reality (VR) head-mounted display (HMD). Alongside the pre-order launch the VR company also posted a blog update revealing further information on the HMD and what to expect inside the box. One of the items to be included with every purchase of a headset is the new Oculus Remote.

The Remote was originally revealed back in June 2015 prior to the Electronic Entertainment Expo (E3), when leaked images surfaced online of the Remote along with the headset, but since then no other information has been announced. The new image of the Remote posted today keeps to the same design as the previous one, with a touch pad on top and four buttons below. Plus and minus buttons, a back button and one with the Oculus VR logo presumably for going to Oculus Home.

In the blog post Oculus VR states: “The Oculus Remote is a new input device we designed to make it simple and intuitive to navigate VR experiences. With Remote, you can easily browse the Oculus store, explore 360 video content in Oculus Video, or experience a wide range of VR games and entertainment. It is the easiest way to introduce non-gamers to VR.”

Whether or not Oculus VR will be revealing any further information over the course of CES 2016 remains to be seen, but VRFocus will be there to bring you all the latest details as they’re announced.