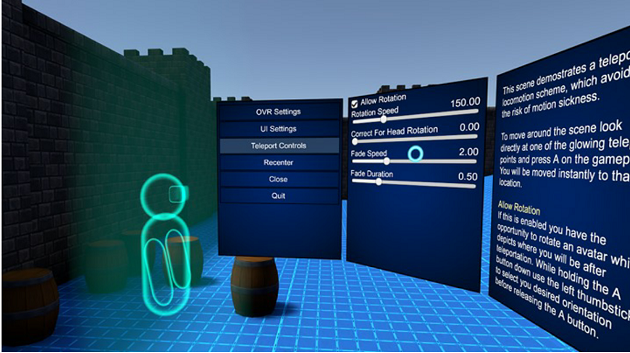 Designing for virtual reality (VR) is very different from designing for traditional videogames, and no one understands that better than Oculus Rift and Gear VR head-mounted display (HMD) creator, Oculus VR. The create the most comfortable software possible developers need to consider a range of aspects, and the company has made it its mission to highlight many of these in a new release for the Gear VR this week. The company has launched its Oculus Sample Framework on the device and it’s free of charge.

According to a description, the Oculus Sample Framework includes a set of areas, scenarios and other scenes to illustrate a range of challenges that developers may encounter when designing for VR, helping them to get around any such issues. Topics like gaze-based UI and first-person movement are addressed and every scenario uses a control panel to help tweak parameters that can then help developers replicate certain situations and more. The project, made in Unity 5, is also available on PC for use with the Oculus Rift.

While the entire experience doesn’t require a gamepad, some scenes will.

For the latest releases on Gear VR, stay tuned to VRFocus.