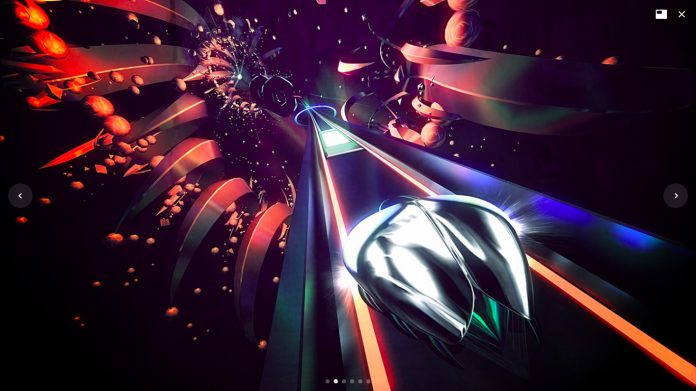 Google Tilt Brush lets you paint in 3D, almost like sculpting, but you create your “sculpture” by painting it in virtual space.  It was one of the launch games of HTC Vive and I’m glad it’s now coming to Oculus Quest.

I had fun with using Tilt Brush on the Vive.  With Quest, I hope it will be even more fun to paint in 6DOF without any wires.   BTW Tilt Brush will support cross-buy.  If you’ve already purchased it for Oculus Rift, you’ll be able to download it on Quest for free.

The other new game announced for the Quest’s launch lineup is Thumper, a rhythm game where you control a robotic beetle rushing through a racetrack at insane speeds.  It is one of the top selling VR games, although personally I never really got into it. Here’s a sample gameplay of Thumper on Oculus Rift.