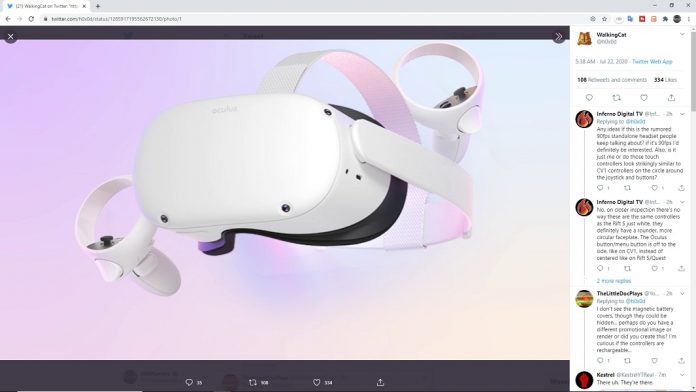 
The next version of Oculus Quest was supposedly leaked on Twitter by WalkingCat.  The tweet has been re-posted at UploadVR and other websites.  If this is indeed the next Oculus Quest, it seems to hint at a few things.

Oculus Quest (reviewed here) is a standalone VR headset with 6 degrees of freedom (6DOF) and two 6DOF controllers, just like a desktop VR headset but without the need to connect it to a PC.  It has been wildly successful, selling out last Christmas, and was sold for as much as $1,000 on eBay by scalpers, until it was restocked recently. 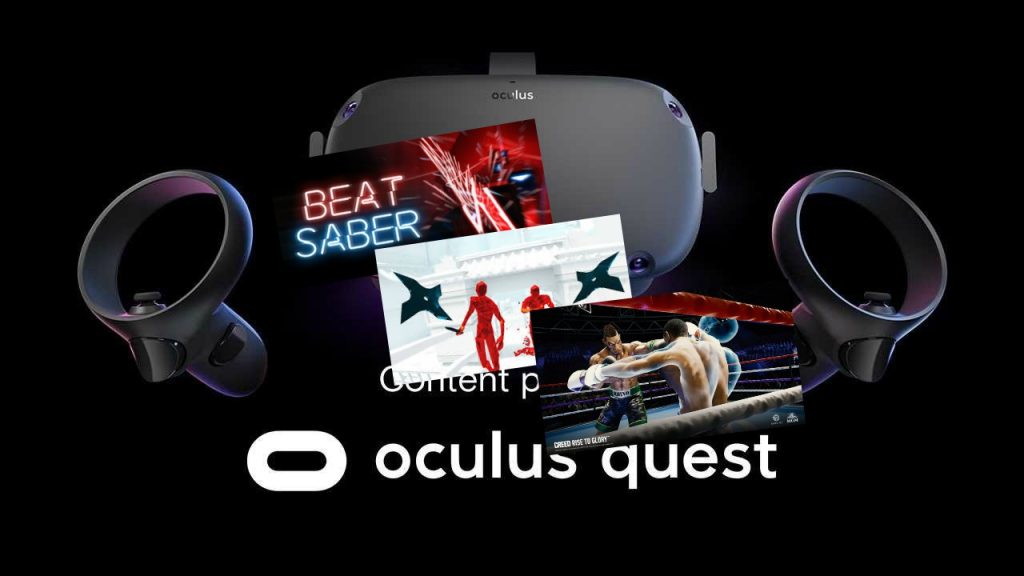 It appears that Oculus is working on a new version and if it does indeed look like this, it gives a hint about a few things.  Besides cosmetic differences such as the new white shell, the biggest difference appears to be the headstrap.  The current headstrap has a molded triangular hole at the back that is intended to cradle the base of the skull.  This new design has a much simpler headstrap, similar to the one used by more common VR headsets.  The rumored Quest 2 also does not have a slide for adjusting the physical interpupillary distance, unlike the current Quest.

All other factors being equal, these changes could imply that the Quest 2 could have slightly lower manufacturing costs.  If they’re trying to save even small costs like the strap, it may mean that Oculus did everything to make the Quest 2 more affordable.  Other potential differences to save on cost could be smaller memory options, such as 32GB.  I also wouldn’t be surprised if the second headphone jack disappeared, and there could be lower cost optics and LCD display (probably a single LCD display like the Oculus Go).

Strategically, lower cost would be consistent with Mark Zuckerberg’s goal of pushing VR to the masses.  Maybe the new Quest could even be called Quest Lite, which could be the reason for the new look.  Meanwhile, Oculus could continue selling the current model for users who prefer more memory or better quality.  Anyway, this is just idle speculation.   What do you think?  Let me know in the comments.