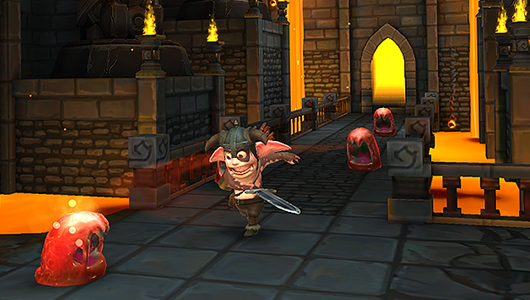 Oculus VR’s Herobound series has been championed as one of the deepest videogame experiences available for the Samsung Gear VR head-mounted display (HMD). With 2 instalments already available for the device – Herobound: First Steps and Herobound: Spirit Champions – it should come as no surprise that a third title is on the way. The difference here? It’s a multiplayer-orientated experience.

No pricing or specific release date information is available at present, nor gameplay details. VRFocus has contacted Oculus VR for more information and will keep you updated with all the latest details on Herobound: Gladiators.