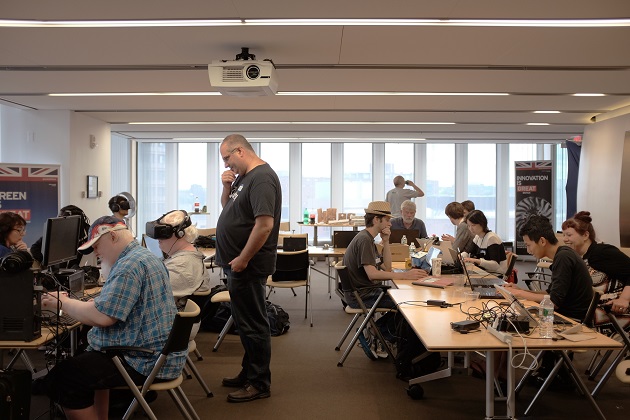 New virtual reality (VR) events have been announced for November and December in California by the OC Virtual Reality Meetup group. The first is a large scale hackathon for students, while the second is a workshop for those interested in becoming a VR film director.

OC Virtual Reality Meetup will be running the VR section of the Hack UCI event which takes place, 20th – 22nd November 2015. The hackathon will feature over 400 innovative students making their way from all over California. Any students that are interested in VR and want to participate can contact  hackuci@gmail.com, and the hackathon is free.

The organisers are also looking for VR experts and VR hardware to make it a great event for the students. Any seasoned VR hacker, (with or without) VR hardware are encouraged to get in touch, to help share their knowledge by mentoring the students in VR. Mentors can register their interest here – http://bit.ly/hackucimentor.

The other event taking place is a VR Film School on 5th – 6th December 2015. OC Virtual Reality Meetup has created a 2 day work shop teaching budding creators how to become a VR film director. The goal is to go from knowing nothing about 360 video to having a piece of 360 video content that is yours to share with the world. The event will be answering all the questions about what is a 360 camera, how to handle the workflow and general best practices. Taking part will be VR film directors, hardware providers and technical experts to help those attending get started right.

The VR Film School will be held at Institute for Innovation, University of California Irvine, with early bird tickets available until 1st November. Further information can be found at www.socalvr.com.

VRFocus will continue to follow all the latest news and announcements on VR, reporting back any further developments.