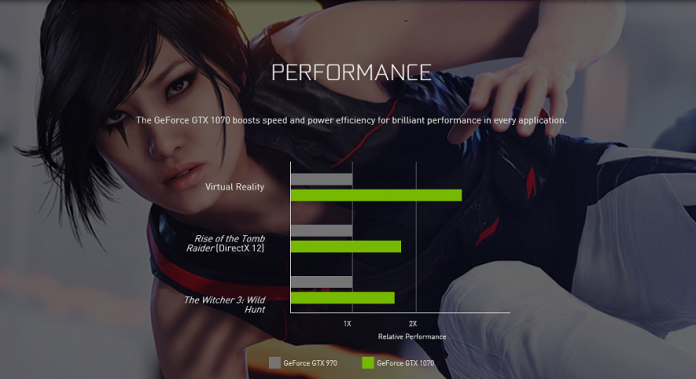 The NVIDIA GeForce GTX 1080 has been grabbing headlines lately. The significant performance increase and consumer-friendly price point has earned NVIDIA’s ‘new king’ a position of pride in the graphics card market, but what about it’s sister release? The NVIDIA GeForce GTX 1070 isn’t without merit, as a new chart presented by NVIDIA showcases.