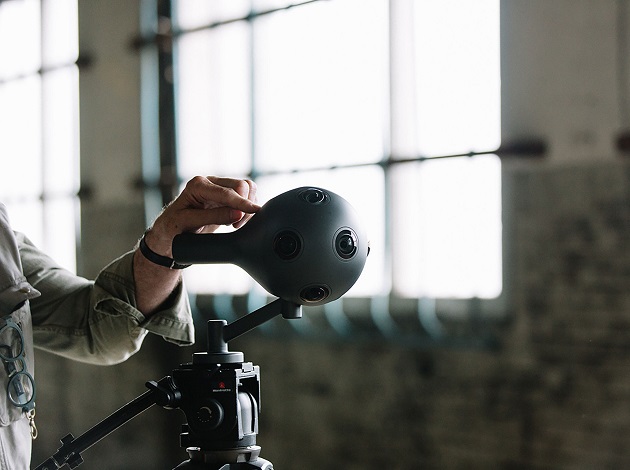 It was during the summer last year when Finnish telecommunications giant Nokia announced a new product that was markedly different from the mobile phones it was synonymous with. The company revealed its OZO 360-degree video camera aimed squarely at the professional market, and launched it in December 2015 for a sizable $60,000 USD. Now the iF International Forum Design organisation has included the OZO in its latest awards.

The OZO has won a Gold Award for Product Design at the annual competition, with the judges saying: “This Virtual Reality Camera for OZO marks a new archetype in its category, a new formal approach. The image quality is exceptional, the relationship between massing and detailing is excellent and the technology is cutting edge. Furthermore, the graphics and colors are deftly handled. This is really an unexpected entry, which won over the judges with both its functionality and its novel design.”

Filmmakers interested in the OZO can pre-order the camera for a $5000 USD deposit. The kit contains the camera, Digital Cartridge/Media Module, camera mount, docking station and power supply.

VRFocus will continue its coverage of the Nokia OZO camera, reporting back with any further updates.