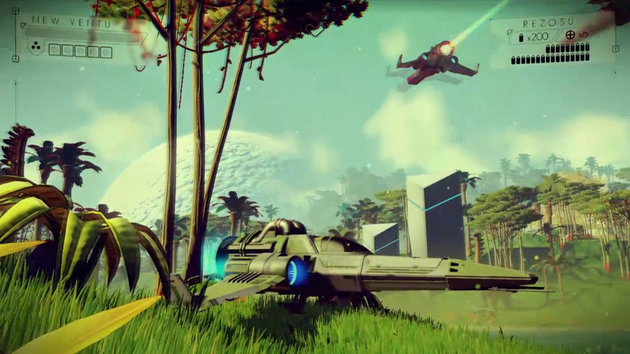 By now, No Man’s Sky must easily be the most requested title to support the PlayStation VR virtual reality (VR) head-mounted display (HMD) for PlayStation 4. Developer Hello Games’ massive procedurally generated universe appears perfect for the device, or the Oculus Rift and HTC Vive on PC. The developer itself seems to agree with this, having already kept tight-lipped on possible support in the past. Today, the studio seems to be dropping yet more hints in both its excitement and its silence.

For those that missed it, it’s been announced today that No Man’s Sky will be hitting PlayStation 4 on 21st June 2016 in the US and 22nd June in Europe, with a UK release following on 24th June. In interviews surrounding the announcement, multiple outlets asked Managing Director if the title might support VR. To Kinda Funny Games, he said: “I think – I’m probably saying too much but – I think No Man’s Sky would be a really exciting title for VR. I think it would be a cool thing, right? But we’re like a tiny team working on this game right now.”

GameSpot, meanwhile, were told that No Man’s Sky would be ‘perfect’ for PlayStation VR. “I think that No Man’s Sky, which is this infinite computer generated universe, and PlayStation VR, which is a headset that you put on and enter a VR space is like, it’s like you’ve asked me when I was five what the future would look like,” Murray said before declining to comment any further.

PlayStation VR is said to be releasing in the first half of 2016, so there’s still hope that the title could launch with support for the kit, though it does seem like Sony Computer Entertainment (SCE) would have said something by now if that were indeed the case.

Stay tuned to VRFocus for more on No Man’s Sky’s VR support.

The post No Man’s Sky Dev: PSVR Support is ‘exciting’ but Can’t ‘say too much’ appeared first on VRFocus.