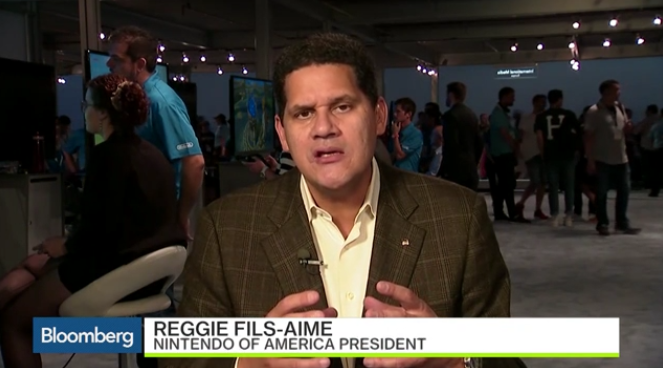 Nintendo is a company that many fans of virtual reality (VR) would like to see working with the technology. Generally Nintendo is not afraid of innovation when it comes to hardware, willing to take risks to do something different, though it doesn’t always pay off, and many of its exclusive IPs could be turned into wonderful VR experiences. However, Nintendo’s opinion on VR has been notoriously difficult to pin down. Last year at the Electronic Entertainment Expo (E3), Nintendo of America president Reggie Fils-Aime had said that he was ‘unimpressed’ with the technology. Then in a complete turnaround, it was revealed in February of this year by Dr. Serkan Toto, CEO of Kantan Games, that Nintendo ‘are looking’ at VR, and only this month rumours were flying that the reason the upcoming Nintendo NX console had been postponed until March 2017 because the company had decided to add VR functionality in the late stages of development.

At this year’s E3 in Los Angeles, however, Nintendo of America president Reggie Fils-Aime once again revealed his uncertainty towards the technology in what appears to be becoming an annual thing. Rather than dismiss the VR experience itself as a reason for not adopting the technology, this time Fils-Aime expressed concern about the tech’s capacity for mass market appeal. Talking to Bloomberg West, he said “In my judgment, I think VR is a bit further out there for mainstream, mass market applications and applications that consumers can invest a lot of time in versus short snacks of entertainment.”

The Nintendo of America president said that when it comes to technology, Nintendo wants to make sure that it uses tech that could go mainstream, tech that “represents strong value to the consumer.” He then went on to refer to VR technology specifically in these terms, saying “the way we look at VR or even AR, which we do have within our Nintendo 3DS system, for us the technology has to be at a point where it can be mainstream, and then it takes content creating companies like us to really make things that the consumer wants to experience, that they want to jump into the particular technology. That’s how we move it forward. We’ve been looking at the VR space since the days of the Virtual Boy. With us, we want to make sure that our next content is going to be mainstream and mass market approachable, and when something like VR is at that point, you can expect Nintendo to be there.”

So, it’s not a complete rejection of the technology from Nintendo but it does suggest that it might be too soon to expect to see it in the upcoming NX console and it will likely be a very long time before we see the company toy with its own VR headset. Perhaps Nintendo could find a way to test the VR waters with some mobile VR software as part of its plans to expand into the mobile market. Only time will tell.

As further details emerge on Nintendo’s plans to explore VR technology, VRFocus will bring you the latest.