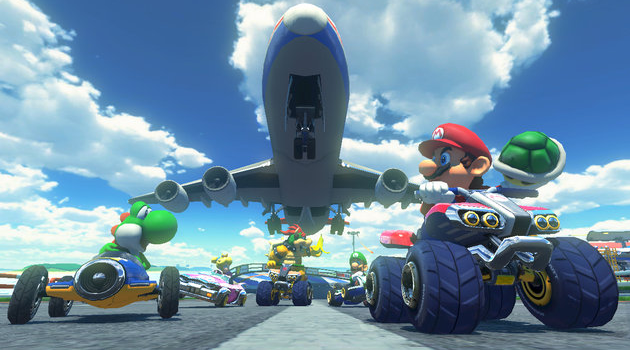 Nintendo is a company that everyone wants to see working with virtual reality (VR) technology. The company’s innovative approach to hardware over the past few years combined with its legendary stable of exclusive intellectual property (IP) make it an ideal fit for this new platform. Nintendo has had a shaky history with VR in the past, however, with Nintendo of America President Reggie Fils-Aime noting that he was unimpressed by it at last E3. This week, however, it’s been revealed that the company is indeed ‘looking’ into VR tech.

Dr. Serkan Toto, CEO of Kantan Games, a Tokyo, Japan-based videogame consultancy company, today noted that Nintendo itself had revealed this at an investor’s briefing. “So Nintendo (at the briefing) just said no change in plans for the smartphone app roll out,” Toto said. “Says they “are looking” at VR – with no details.” No other reports about the company’s VR statements have yet surfaced, and don’t expect any kind of comment from the company for a while. That said, this does at least make The Legend of Zelda VR seem possible one day.

It will likely be a long time before we see any possible Nintendo-made VR head-mounted display (HMD). The company will this year be revealing its next entry into the hardware market with a project codenamed NX. The kit is largely thought to be a successor to the Wii U, the company’s most recent home console that’s struggled to find an audience. Could the group one day make a VR HMD that connects to the NX, however? Or perhaps it could expand its software portfolio to existing HMDs like the Oculus Rift, much like how it’s now moving into the smartphone software market.

That’s a future that no doubt many VR fans are hoping will come to pass.

For the latest on Nintendo’s work in VR, keep reading VRFocus.

The post Nintendo is ‘looking’ at VR appeared first on VRFocus.