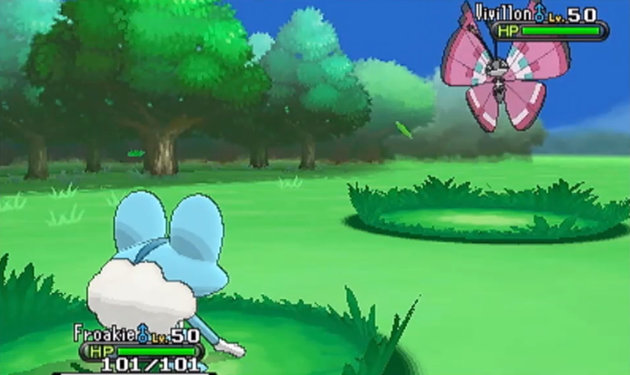 Palmer Luckey wants to be a Pokémon master. Those are his own words, as said to a crowd at the South By South West (SXSW) festival in 2014. “I’ve always wanted to be a Pokémon master and that’s really what I want to do,” he said of his dream virtual reality (VR) project. “I want to play an incredible, virtual reality Pokémon MMO. If I got my golden ticket, that’s where it’s taking me. I’m gonna catch them all, I’m gonna battle all my friends, I’m going to meet whatever the vague definition of a Pokémon master is.”

It’s a dream no doubt shared by thousands, and one that VR fans may well have to thank for the invention of the Oculus Rift head-mounted display (HMD). But there’s one big, N-shaped barrier in the way of this virtual paradise.

With the reveal of the NX expected in the near future Nintendo is in a fascinating position right now, but VR sadly doesn’t seem to be a part of its plans to regain the faith and, more importantly, sales of the videogame community. What few comments the group has made about the tech speak to the potentially isolating experience it could be – something that other companies have flocked to disprove – or just a general lack of enthusiasm.

It would seem, then, that there’s little chance we’ll be seeing Pokémon, The Legend of Zelda, Super Mario, Metroid and more in VR then. But perhaps you shouldn’t give up hope just yet.

Tech Radar interviewed Luckey at an Xbox event recently. The site brought up the Oculus Rift creator’s dreams once more, and asked him what he’d say if Pokémon developer Game Freak offered him the chance to make his VR dreams a reality. Luckey’s reply sparked a thought. “I can’t say,” he said. “Well, you’re listening to us … nope, I’m not going to say anything.” 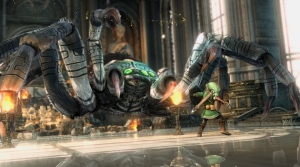 Now, in all likelihood, this is just Luckey being safe and not saying anything that would get him in trouble, and it’s hard to know how the answer was given when the interview was transcribed, but it’s still a reply that encourages digging a little deeper.

This article isn’t meant to get rumours rolling, rather highlight the fact that Nintendo doesn’t need its own VR HMD in order to make VR content. Last year the company announced that it would be using its IP to explore the smartphone videogaming space, something that many people thought they’d never see. What if Nintendo is doing this for VR, too? What if it’s working closely with Oculus VR or maybe even Valve and HTC to create content for this next market on PCs? Oculus VR is, after all, throwing money at studios to make VR development risk-free, and what would be a bigger win than getting one of the legendary IP for Nintendo’s stable on-board?

This would be a perfect way for Nintendo to test the waters of VR without having to commit to hardware that’s taking the kind of risks that it can’t afford to take right now. We’re not suggesting the company create a full blown The Legend of Zelda title (though we equally wouldn’t reject one), but perhaps something more akin to Link’s Crossbow training, which highlights the new tech with a fun, engaging piece of software. Nintendo videogames that could only be done in VR, not epic, sweeping adaptions of staple franchises. VR fans of course want the full experience but, for now, this could be a happy middle ground.

Arguably the most outlandish option would also be to reveal some sort of Oculus/Vive compatibility for the NX. If the Xbox One is getting game streaming, what’s to say that the NX can’t too? Granted that’s not the VR dream; the VR dream is the NX being specced to match Oculus Ready PCs and fully support the kit, but let’s not get too far ahead.

Nintendo probably isn’t going to reveal its own VR kit when it finally unveils the NX later this year. But perhaps, with a company that’s now open to experimenting with other platforms, Palmer Luckey might yet be a Pokémon master.