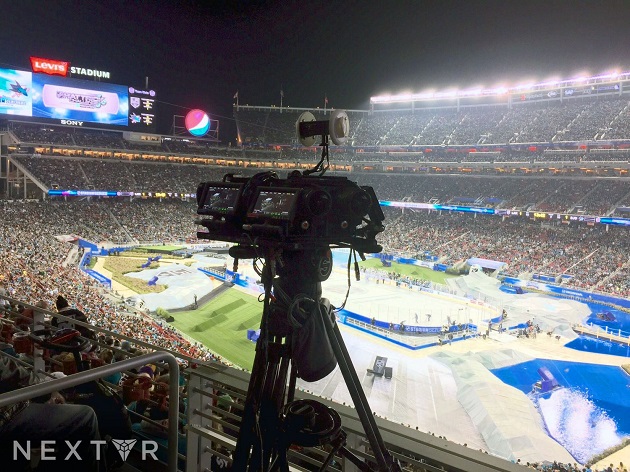 360 degree video has a long way to go before it becomes as immersive as 3D, computer generated content, but one company make strides in this field is NextVR. Over the past few years the company has been seen hosting a number of live streamed 360 degree videos covering events such as Oculus Connect 2, political debates and, of course, sports. Today, NextVR has big news to share for that latter category. The company has announced that it has signed a five-year deal with FOX Sports to broadcast sporting events live in 360 degrees.

This is the first deal of this kind to mark the VR industry, and will kick off on 21st February 2016 with the broadcast of the DAYTONA 500. Using the NextVR app available on head-mounted displays (HMDs) such as Gear VR, viewers will be able to experience the race in a panoramic view, making full use of head-tracking tech. Earlier in the year, NextVR and FOX Sports collaborated on a broadcast of the Premier Boxing Champions (PBC) matches at the Staples Center in Los Angeles, California.

“It’s all about delivering something new and exciting for our viewers,” said Eric Shanks, FOX Sports president, COO & executive producer. “Virtual reality is the next great frontier in immersive experiences for fans across a wide variety of sports. It’s a rapidly changing technology, and this deal with NextVR positions us to be on the front lines for years to come.”

For the latest updates on NextVR, check by with VRFocus.