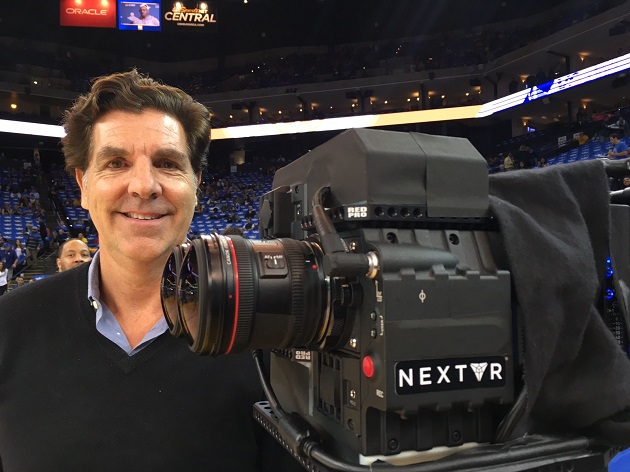 During 2015 US-based NextVR, a virtual reality (VR) company that specialises in streaming events in 360 degree video, has helped record and broadcast a number of sporting events in VR. Barely announced by the company was the recent NBA game between the Golden State Warrior and New Orleans Pelicans that was live streamed to Samsung Gear VR users this week.

The game, which took place on Tuesday saw the Warriors win the championship and collect their championship rings. And with the NBA being a popular global sport, with over 200 countries watching its games its looking for newer ways for its fans to engage with the sport.

“The vast majority of our fans will never step in an arena,” said NBA Commissioner Adam Silver, reports Recode. “The holy grail is replicating the experience through virtual reality.” With Silver adding “The next step is to experiment with livestreaming.”

And while this maybe the first NBA game that’s been live streamed it won’t be the last. NextVR collaborated with the league and Turner Sports for the event and Turner Sports senior VP, Scooter Vertino has said “We want to be involved with this type of innovative venture as often as we can.”

The VR company has been building a healthy roster of VR events that include the recent Democratic debate, the International Champions Cup match between Manchester United and FC Barcelona in July and Oculus VR’s keynote speeches at its Oculus Connect 2 developers conference in Hollywood, California.

VRFocus will continue to follow NextVR’s projects, reporting back any announcements.