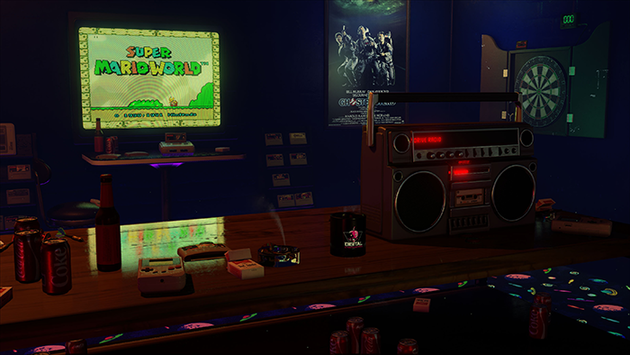 Digital Cybercherries has confirmed that the popular virtual reality (VR) videogame, NewRetroArcade, is in development for the HTC Vive. Built with Unreal Engine 4, NewRetroArcade is a platform that allows gamers to create their own virtual arcade using emulation of their favourite retro videogames.

Having originally debuted via Oculus Share in March 2015, NewRetroArcade has received a significant amount of attention. The developers have since benefited from receiving an Unreal Dev Grant and continue to work on the Oculus Rift edition of the platform, with the HTC Vive version announced via Twitter and Steam.

Few details are currently available about the port, including release date and intentions regarding creating a universal control scheme for the myriad of videogames that will be playable on the device. Digital CyberCherries also have a second VR videogame in the works, Hypercharge, and VRFocus will keep you updated with all the latest details on both of these titles.